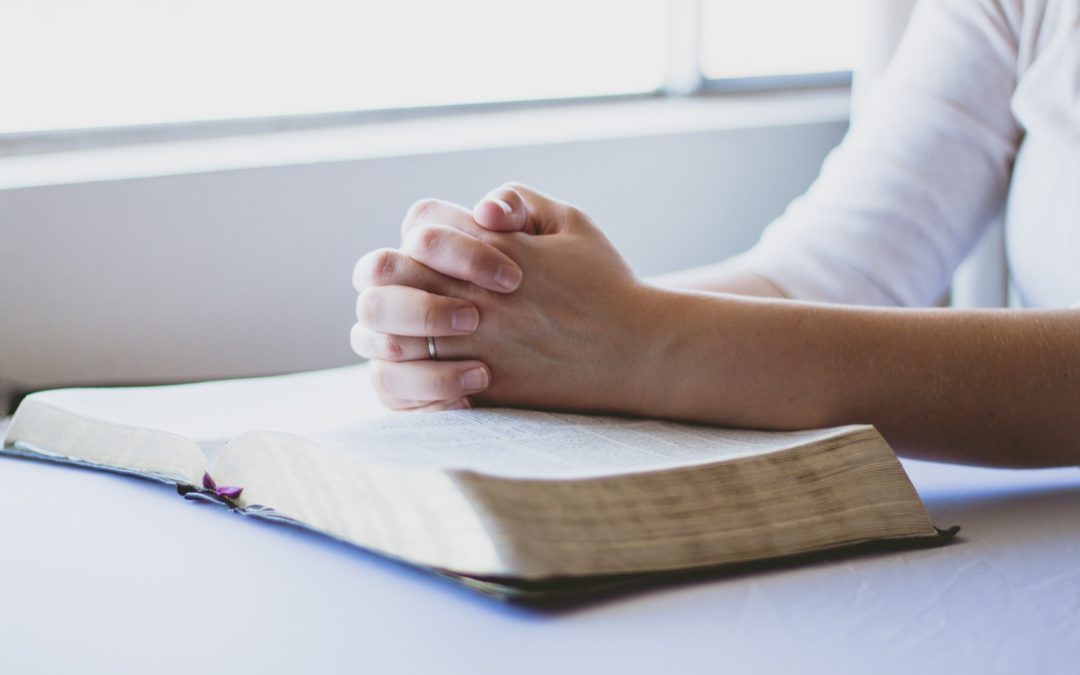 There are some seismic shifts happening among evangelical Christians in post-Trump America. The latest is the creation of a “God Bless the USA Bible” that would have melded America’s founding documents with the best-selling NIV Bible translation, licensed in North America by HarperCollins Christian Publishing Inc.

As authors published by Zondervan, a division of HarperCollins Christian Publishing known for its NIV Bibles, and activists against Christian nationalism, we were alarmed at this news, first reported by Religion Unplugged. We’re delighted today that Zondervan announced it will not support this Bible.

The growing specter of Christian nationalism

From our screens, we watched the rioters on Jan. 6 storm the Capitol. We can’t unsee the Jesus signs next to Trump signs, the Confederate flag paraded, the broken windows, injured bodies and officers assaulted. What some of us remember most are the prayers rioters prayed in the Senate chamber “in the name of Jesus,” including the now recognizable QAnon shaman who wore Viking headgear and publicly thanked God for helping rioters take over the Capitol.

After that day, hundreds of evangelicals, pastors, authors and faith leaders began to mobilize. We started texting and calling everyone we could, especially friends who transcend partisan politics and are committed to Jesus and the common good. We jumped on Zoom calls with some of the most influential evangelicals in the country.

Before long we had a movement of evangelical Christians denouncing what happened on Jan. 6 – as well as, and this is important, the conditions and theology that led up to the events on Jan. 6. Over 5,000 pastors, faith leaders, bishops and authors signed on. And that was just the beginning. The momentum has continued to build, as evidenced in new websites like SayNoToChristianNationalism.org and LamentingChristianNationalism.org.

Last week, some three months after the original petition launched, six different organizations, all led by people of color, organized a week of action to respond to White supremacy and “Christian” nationalism… and the ways that racism tries to camouflage itself as Christianity.

It was during this week of action that we learned about the “God Bless the USA Bible.” It’s advertised as: “The ultimate American Bible. The Bible and the founding documents of America. Now… together in one very unique Bible.”

As Christians around the country organized to address “Christian” nationalism, we heard about this new Bible, with the American flag on the front cover. It features the text of the U.S. Constitution, the Bill of Rights, the Declaration of Independence, the Pledge of Allegiance and the words to the song, “God Bless the USA.” It’s available for pre-sale on their website for $49.99 and releases in September, the 20th anniversary of the 9/11 attacks.

There are many versions of the Bible and many translations. There is the “Justice” Bible and the “Green” Bible that emphasize the consistent themes in the text that we are to care for the poor and for the earth. There is even a military edition of the Bible, wrapped in camouflage. This is not the first time there has been an attempt to fuse American nationalism with the holy book – in fact Thomas Nelson released “The American Patriot’s Bible” over a decade ago, which was a very similar project.

But what is new is a growing awareness of how dangerous nationalism is when coupled with faith.

American nationalism is its own civil religion, where America rather than Jesus is the center of attention. Instead of Jesus and the Church being the light of the world and the hope for humanity, America becomes the Messianic force in the world. Like any religion it has its own liturgy, saints and holidays. These symbols are on full display in this new Bible – the eagle, the flag, the red, white and blue. America’s civil religion has its own creeds too in the new Bible – “We hold these truths to be self-evident…” It has its own “worship” songs – like “God Bless the USA” and “I’m Proud to be an American,” both by Lee Greenwood. It has its own theology – manifest destiny, the doctrine of discovery and American exceptionalism. And this is precisely why it is dangerous to mesh patriotism with orthodox Christian faith.

There are 66 books in the Bible. Some streams of Christian faith include 14 others, known as the “apocrypha.” But no version of orthodox faith has an American apocrypha. Including the founding documents of America and the theology of American nationalism in the Bible is offensive. We do not need an “American apocrypha.” (And there is a verse in the book of Revelation that says: “I warn everyone who hears the words of the prophecy of this scroll: If anyone adds anything to them, God will add to that person the plagues described in this scroll.”)

The bombshell article by Meagan Clark at Religion Unplugged that broke the news on this custom Bible had some deeply disturbing quotes from Hugh Kirkpatrick, the creator and driving force behind the “God Bless the USA Bible.” Here’s what he said as the visionary behind it:

“We noticed the divide in the public where some people started seeing pro-American images like the flag, the bald eagle, the statue of liberty as weaponized tools of the Republican party, and we didn’t understand that… We started seeing statutes coming down and we started seeing history for good or bad trying to be erased… That’s when we started thinking, okay how far does this erasing of history go? Love it or hate it, it’s history. But how far does it go?… We’ve never heard of anyone throwing a Bible away. It’s always prominent somewhere in the house, it’s either on the coffee table, it’s somewhere that’s accessible. So if the Bible contained holy scripture but it also contained these documents it would be a one-stop shop for people to learn the basics of why the founders built into those documents divine providence.”

This customized Bible is a reminder that the “Christian industry” must do better to stand against the heretical and deadly “Christian” nationalism that we saw on full display on Jan. 6. It is like a spiritual virus, infecting our churches, homes and social institutions. Just as we take intentional actions to stop the spread of COVID, like wearing masks and staying six feet apart, we must take concrete steps to stop the spread of this theological virus.

How can we better guard the Bible?

As authors who have written multiple books for Zondervan, we reached out to the people we know and love at the publishing house. Some of our contacts at Zondervan did not know about the new Bible at all until last week. Others explained how difficult it is to micromanage every project that wants to print the NIV version of the Bible. It is a common if not well known practice for publishers who hold the rights to Bible translations to print customized versions of the Bible for organizations and special projects.

We recognize that it is a daunting responsibility to be the guardians of the Bible or to hold a copyright to the “Word of God.” It is also a daunting responsibility to steward money made from over 450 million copies of the NIV sold worldwide. The business of Bibles raises questions about how corporate America collides with the revolutionary movement of Jesus of Nazareth. After all, Rupert Murdoch now owns HarperCollins, Zondervan and as of 2012, Thomas Nelson, which published the so-called Patriot’s Bible in 2009 that is still available at many retailers. For many of us, learning the fact that the man who owns Fox News also owns the company that is the gatekeeper to one of the most popular translations of the Bible is a bit shocking, even concerning. But that fact is beyond the scope of this article.

We are authors, but we are also activists. So when we heard about the “God Bless the USA Bible” and the potential it has to fuel the already hot flames of Christian nationalism, we couldn’t help but respond. We also wanted to do that in a way that is respectful, not just reactionary, and in a way that might actually make a difference.

We are delighted to hear that Zondervan has released a statement today that affirmed this Bible is not their product. They will not be publishing, manufacturing or selling the Bible. They were approached with the product, but it was not something they decided to support. All the marketing on the “God Bless the USA Bible” website was premature. It is entirely possible that the folks crafting this Bible will find another translation with another publishing house, but for now it is on hold, and we rejoice. We hope that future projects like this one will be reconsidered as well.

We don’t need to add anything to the Bible. We just need to live out what it already says.

And if we are to be good Christians, we may not always be the best Americans. The beatitudes of Jesus where he blesses the poor, the meek, the merciful, the peacemakers – can feel very different from the “beatitudes” of America. Our money may say in God we trust, but our economy often looks like the seven deadly sins. For Christians, our loyalty is to Jesus. That is who we pledge allegiance to. As the old hymn goes – “My hope is built on nothing less than Jesus’ blood and righteousness/ On Christ the solid rock I stand, all other ground is sinking sand.” Our hope is not in the donkey of the Democrats or the elephant of the GOP… or even in America.

Our hope is in the Lamb. The light of the world is not America… it is Christ.