Will the IRS Let Our Church Host an Event? 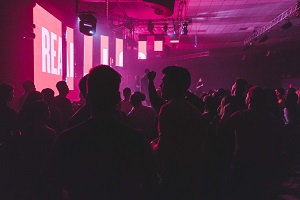 Hey this is Doug Pagitt.

I’ve got a couple of thoughts about what it takes for a church to host a Vote Common Good event.

Vote Common Good is a nonpartisan 501(c)4 organization that is barnstorming the country to encourage religiously-minded voters and other people of good conscience to vote common good in this fall’s election.

Now we are explicitly saying that that means we need to dislodge Congress from the control of Republicans. We are not, however, endorsing particular candidates.

What we want voters to do and what we will be saying at our events is, “You know what the common good is. It’s in your heart. You understand it. You know it. Your faith might drive you to it. Your conscience, your understanding of public issues. We want you to know that we support you making a choice to Vote Common Good, and not any reflexive partisan impulse.”

For some that will mean they don’t vote for Republican; for others it’ll mean that they do vote for a Democrat. But our role is not to endorse particular candidates, but to call people to vote common good. To use their political and Constitutional rights of freedom of speech and freedom to choose their representatives in order to affect Congress.

So what could a church do in hosting one of our events?

That’s an important note for the IRS as they determine if an activity is considered political action by a church, if it is an official church activity or not. So, if you’re concerned at all, we’ll write the contract in such a way that says that Vote Common Good has control of all the contents.

We will be open to inviting all candidates seeking any office to join us at the event and have an equal amount of time. So those criteria are laid out by the IRS there’s a link below where you can read different scenarios that the IRS has put forward to help churches and other nonprofit organizations determine if they are staying compliant with the requirement to not participate in “political engineering” I think is the word they use, in politicking from their official church stance.

So again, Vote Common Good will be the one doing the speaking and the organization that will be holding the message, and Vote Common Good will be the one who will be renting the facility, and the church will not be holding it as an official event. We’ll make an open invitation to any other candidate who wants to join us who’s seeking that office, and we are fully confident and comfortable that that’s well inside of the intention of the law and the requirement for churches.

So, I hope you join us and consider hosting one of our events.