TIME – The Election Is a Test of Faith. White Christian Voters Should Ask Themselves a Familiar Question: What Would Jesus Do? 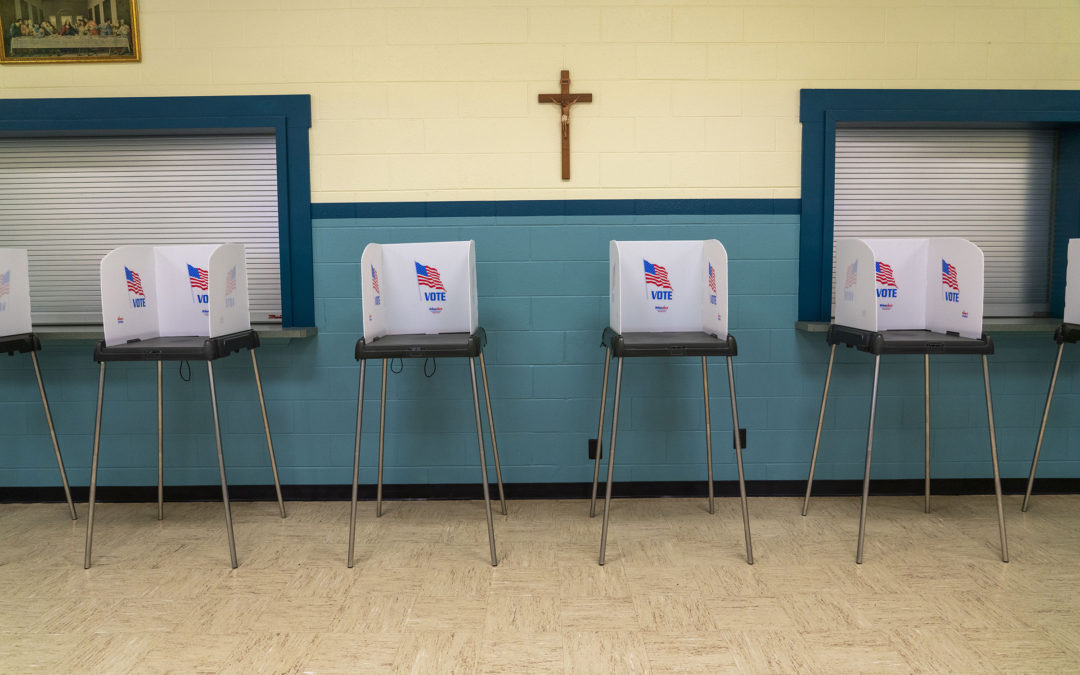 The following is written in TIME by Doug Pagitt, executive director of Vote Common Good and Al Sharpton, founder of the National Action Network:

Dr. Martin Luther King Jr.’s “Letter from a Birmingham Jail” is one of the most well-known treatises of the civil rights movement. What is less known is that Dr. King’s letter, in which he made the case for the moral imperative of racial equality, was specifically addressed to white clergymen.

Today, as was the case when Dr. King penned his seminal letter outlining his convictions in 1963, there is a gulf between the way Black faith leaders and many white faith leaders in America view issues of racial inequality. That divide has been put on full display this summer in the wake of George Floyd’s murder.

In Black communities of faith, the scourge of police brutality and the broader racial inequalities that pervade our nation’s criminal justice system have become a focus of sermons, prayers and activism. Meanwhile, in many white faith communities across the country, a deliberate avoidance of and in some cases an active dismissiveness toward these issues has taken root.

As Dr. King laid out so eloquently more than half a century ago, this neglect of the plight of Black Americans by white Christians is not just a political act — it’s a dereliction of faith and the teachings of Jesus Christ. As they did in the 1960s, white Christians in this country have a moral obligation to stand on the side of justice, on the side of the oppressed.

This year, the presidential election must be a referendum on Donald Trump’s presidency. That is why we–a Black Baptist minister and a white evangelical pastor–are calling on all voters of faith to put the common good ahead of their party loyalty in November. And it’s why we are leading a pilgrimage of faith leaders from Charlottesville, Va., to the March on Washington this week.

Despite the conventional wisdom that Republicans have a monopoly over religion, there’s good reason to believe many voters of faith feel increasingly alienated from the Republican Party. For some, the first cracks began to appear when Trump started separating families and caging children at the border. For others, more recently, doubts about Trump’s leadership have stemmed from his complete failure to protect Americans from the coronavirus—an ineptitude that has contributed to more than 170,000 deaths, which are disproportionately of Black people and other people of color. Understandably, it is hard to reconcile the belief that Trump defends the sanctity of life with the fact that he is so clearly valuing electoral politics over American lives.

Polls suggest there is a shift taking place: A recent survey on Trump’s favorability from the Public Religion Research Institute shows a drop in white Christian support for the President–with 47% of white Christians viewing him favorably in July, compared to 54% in 2019. Even a small shift could mean all the difference in November.

Weighing whether or not to support Trump this year, white Christians should consider a simple, familiar question: What would Jesus do? White evangelicals and Catholics who have stood by the President should consider what Jesus would have thought about Trump using tear gas and riot police to disperse protestors in Lafayette Square so he could pose in front of a church holding the Bible. At a time of profound national distress, Trump chose to sow division rather than unity. He chose the unchristian path while brandishing the Bible like a prop.

It’s no secret that many white Christians who support Trump do so while acknowledging he isn’t a good person. The story goes that these voters of faith have chosen to look the other way, to prioritize political power over moral duty because Trump and the GOP have promised to restore Christian supremacy. But they should know this Faustian bargain is more likely to hurt the cause of Jesus than it is to strengthen it, in no small part because Trump has propped up white supremacy along with it.

This election is a test of faith–much like the one in the gospel story of Jesus’ temptation. Jesus does not give in to Satan’s promises, choosing integrity over power. Trump’s promise of white Christian supremacy is a similar test.

Christians are called upon to use their faith to protect and empower the weak, marginalized and downtrodden. Like Dr. King, protests that have swept the country following the death of George Floyd seek to take on the systemic racism that persists in our country. In failing to see that, white Christians risk more than just being on the wrong side of this year’s election–they risk abandoning their faith.