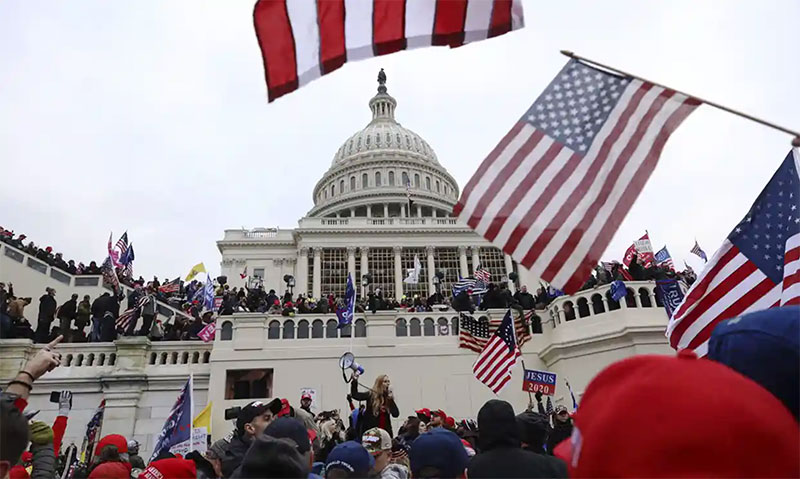 The scene outside the Capitol on 6 January. The presence of Christian nationalists was evident during the insurrection. Photograph: Shafkat Anowar/AP

“More than 100 prominent evangelical Christian pastors and church leaders have spoken out against what they call the “perversion” of Christian nationalism and the role it played in enabling the violent insurrection at the US Capitol in Washington on 6 January.”