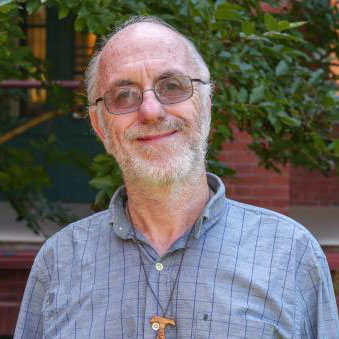 Patrick has been executive director of the Franciscan Action Network since 2010. He is also a co-founder of the Global Catholic Climate Movement, an organization working on global climate justice issues as well as Faithful Democracy, a faith coalition focused on the issue of Money in Politics, working to educate on the corruptive influence of big money on our democracy. He is a recipient of the 2015 White House Champion for Change Award for his work in the Climate Change arena, a Senior Fellow at the Center for Earth Ethics and is personally dedicated to social justice to bring about individual and societal transformation.

Prior to joining FAN, Patrick worked for the Diocese of Bridgeport as Manager of Advancement/Development for the Stamford Catholic Schools and at St. James Parish in Stratford, where he was involved in developing Faith Formation and Social Justice Programs. Previously he was president of a Connecticut State Employee Union, held senior/executive level positions in Medicaid Managed Care companies, and served on numerous boards and commissions both in Connecticut and nationally, dealing with public policy issues.