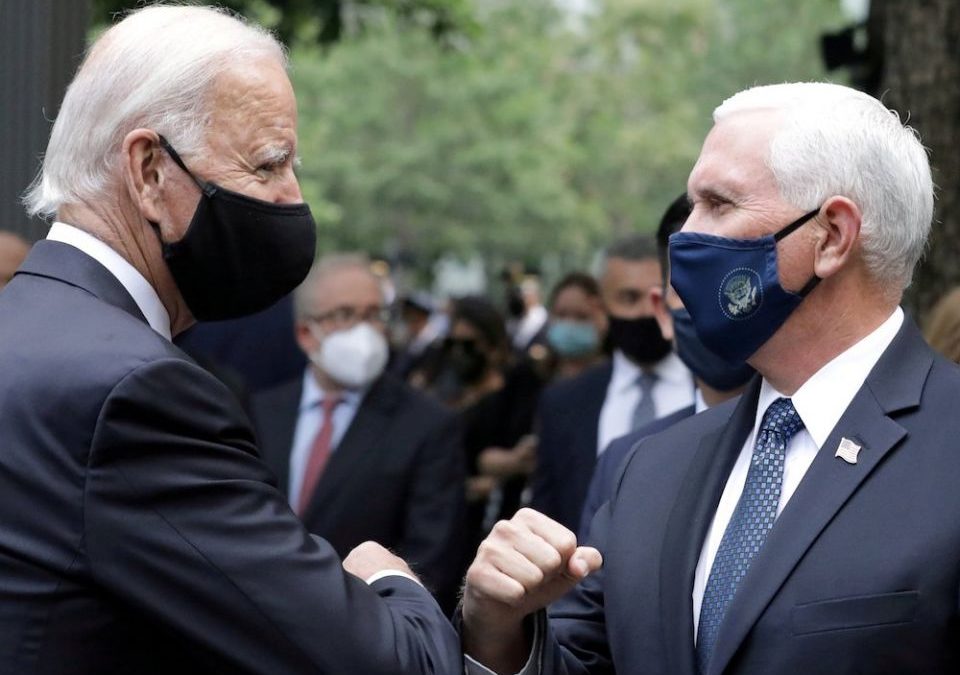 The following is an opinion written in the National Catholic Reporter by Patrick Carolan, Catholic outreach director of Vote Common Good:

In Pennsylvania, a state that Obama carried in 2012 by more than 300,000 votes, Trump won by 44,292 votes. Obama won 12 of the 20 most Catholic counties, but four years later Clinton only carried six, and her totals in the Catholic counties she lost were well below Obama’s.

If Clinton had done just 5% better among white Catholics in those two states, she would be president today.

If you ask people what the number-one reason Catholics switched and voted for Trump, the majority would probably respond with “abortion.” The Trump campaign clearly believes this to be true. They are promoting Trump as the most right-to-life president ever and the president who has done more for Catholics than any other president.

This, despite the fact that according to Pew research. 56% of Catholics believe abortion should remain legal in most cases, while only 12% believe it should be illegal in all cases. The Trump campaign and its Catholic allies have been trying to reduce Catholic identity to a single issue.

But not all Catholics believe that abortion is the single defining issue in deciding how to vote. For many, character — despite being difficult to define — is.

San Diego Bishop Robert McElroy recently said: “Because our nation is in a moment of political division and degradation in its public life, character represents a particularly compelling criterion for faithful voting in 2020.”

The organization I currently work with, Vote Common Good, recently commissioned a poll to try and define character issues and their importance to voters. The survey, titled “Presidential Candidate Vice and Virtue Poll: Swing State Evangelical and Catholic Perceptions of Donald J. Trump and Joseph R. Biden,” was conducted in six swing states among both Catholics and evangelicals. The questions were all centered around character issues not policy issues. The poll measured how evangelicals and Catholics rate the presidential candidates on the seven cardinal virtues (kindness, generosity, humility, chastity, modesty, diligence and patience) and the seven deadly sins (lust, sloth, greed, wrath, gluttony, envy and pride).

Perhaps even more interesting is that among Catholics who did not vote or voted for a third-party candidate in 2016, 49% intend to vote for Biden, and only 19% for Trump.

The primary take-away from the survey is the perception that Trump lacks basic Christian kindness. This appears to be the one of the strongest motivators for Catholics thinking about not voting for Trump in 2020. These results suggest that some disaffected Trump voters may be willing to forgive Trump’s perceived sins, but not his perceived lack of basic Christian virtue.

I spent the first three months of the year (before COVID-19 restrictions, of course) traveling around the country on a bus with an eclectic group of evangelical, Muslim, Jewish and Catholic faith leaders as part of a Vote Common Good tour. We listened to people’s stories about how they were feeling about our country and the 2020 election. I talked with ordinary Catholics from Iowa to North Carolina.

While folks talked about different issues like gun control, immigration, abortion and climate, these did not appear to be their main focus. The concern I heard over and over centered around the complete lack of civility and truthfulness within the Trump administration.

This was especially true among Catholic women. One woman said, “How can I vote for a president who constantly disrespects and disparages women? How can I look my daughters in the eye and explain to them that I would vote for a man who brags about grabbing women?” Another woman asked what it says about her as a Catholic if she votes for a man, Trump, who called her spiritual leader Pope Francis disgraceful.

St. Clare, the 13th-century saint who with St. Francis founded the Franciscan order, challenges us to become a mirror of Christ for others to see and follow. She tells us to reflect Christ in our lives, to help build up the body of Christ through transformation in love. As Sr. Ilia Delio says in her book Clare: A Heart Full of Love: “Be yourself and allow God to dwell within you. Christ will then be alive and the world will be created anew.”

I have a friend who supported Trump in 2016. I recently asked her who she was voting for in 2020. To my surprise, she said Biden. When I asked her why, her response was that she had watched the Democratic National Convention, in particular the segment when Biden was with the young boy who has a stuttering problem, and was moved by how compassionate and genuine Biden was. She then put that image next to the one of Trump making fun of a disabled reporter at one of his rallies.

She said it became very clear which of the candidates is a better image of Christ.