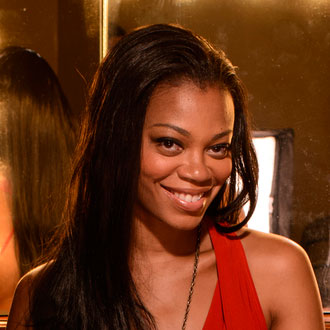 Meah Pace is the renowned singer from dance/punk band “!!!” (Chk Chk Chk) and a featured singer in the Resistance Revival Chorus, a new group spearheaded by the organizers of the Women’s March. She is also a beloved presence on the Brooklyn soul scene through work with Binky Griptite’s The Mellomatics, Rev. Vince Anderson’s Love Choir and her own band, The MAP Legends. Her powerhouse vocals and fiery stage presence have also landed her performances with Sharon Jones & the Dap Kings, The Roots, Deborah Cox, The All-American Rejects and Wild Belle. Meah was formerly captain of the NFL’s Baltimore Ravens cheerleading squad and starred in the popular talent search reality series “R U the Girl?” (UPN/Fox), hosted by hip-hop pioneers T-Boz and Chilli from TLC.