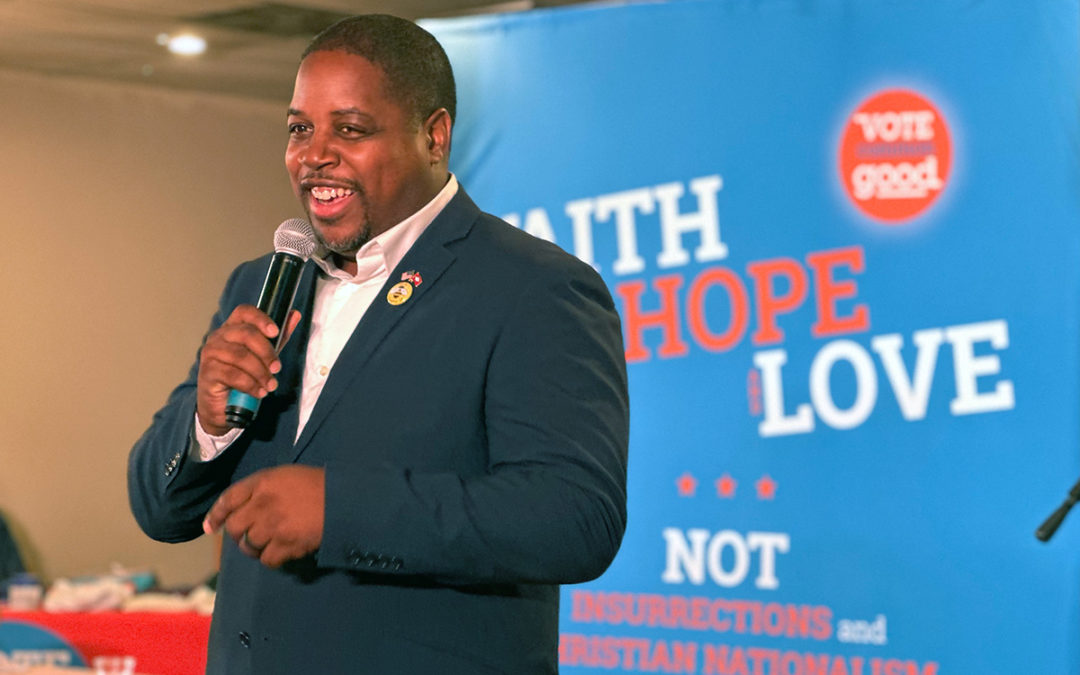 Chris Jones at the Faith, Hope, and Love Rally in Little Rock, AR

As the race to be the next governor of Arkansas continues, a group of evangelical pastors said they are hoping to push voters past party lines.

During an event in Little Rock Tuesday the group Vote Common Good said it was endorsing Democratic candidate Chris Jones.

Fayetteville pastor Robb Ryerse, the group’s political director, noted that a group of evangelical ministers backing a progressive candidate may conflict with expectations.

“There’s kind of this sense that ‘Well, Arkansas’s a red state, Arkansas’s a Christian state, Sarah Huckabee Sanders has this thing locked up and we’re saying no,” he said. …