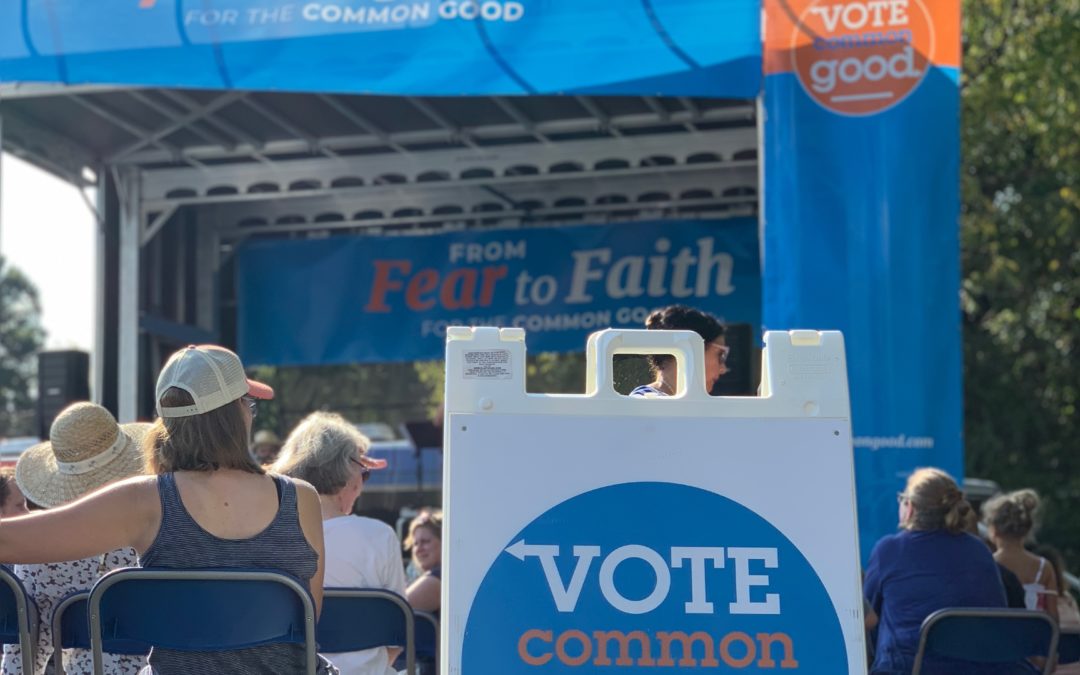 The following is a post from Howie Klein at Down With Tyranny:

You may recall that last cycle Blue America teamed up with a group of progressive evangelical pastors, Vote Common Good, to help progressive candidates across the country get in touch with evangelical voters who were not feeling Trump and his enablers were good for their families and our country. They helped elect more than a few Democrats to the House, including Katie Porter (D-CA) and Veronica Escobar (D-TX). This cycle they are continuing their work with Mike Siegel (TX), Kara Eastman (NE), Audrey Denney (CA), J.D. Scholten (IA).

Right Wing Watch reported yesterday that the viciously anti-LGBTQ neo-Nazi operation, Family Research Council is targeting Vote Common Good with their typical abuse against progressive organizations and are fundraising by denigrating them and lying about them.

The most recent mail item signed by Family Research Council President Tony Perkins and distributed to supporters takes direct aim at Vote Common Good, a liberal faith organization whose stated purpose is “changing the narrative that has under-girded white Evangelical and Catholic support for President Trump Republicans who, for a variety of reasons, have put other priorities over the common good.”

“The Democrat Party often feels resistant to connecting with religiously-minded voters, while the Republican Party is held hostage by religious extremism. We will work hard to help both parties engage Common Good religiously oriented voters in ways that will add benefit to their political expression and not allow religion to be a wedge issue in our politics,” Vote Common Good’s website states.

But the envelope containing the fundraising letter from Family Research Council declares in bold font: “SOROS EXPOSED! His plan to send out liberal Christians quoting Scripture to deceive and divide Evangelical Voters.”

Family Research Council tells supporters in the fundraising letter that Vote Common Good “sends out ultra-liberal pastors and speakers who identify as Christians and dress up their radical political agenda in biblical terms” and asks supporters to donate “the most generous gift you can manage at this time.”

“You and I must act now to alert our brothers and sisters in Christ not to fall for this deception,” Perkins writes, going on to characterize faith leaders working with Vote Common Good as “deceivers” who “sow confusion and division among Bible-believing Christians.”

In another fundraising letter received last week, Perkins urged supporters to send Family Research Council “the most generous donation you can manage” with a signed piece of paper pledging to pray for President Trump. Perkins wrote that the signed cards would be delivered to the White House “as soon as possible.” But those who send the prayer pledge back to Family Research Council are told to keep an attached bookmark that reminds them to pray for Trump.

Vote Common Good did several successful high-visibility events in evangelical communities with J.D. Scholten in western Iowa last year. This morning, J.D. reminded me that “The Democratic Party shouldn’t automatically cede religious voters to the Republican party. It’s when we write off people and places like Rural America, and Iowa’s 4th Congressional District, that we lose elections, and our country is worse off. We need to get out there and connect directly with the people and fight for every vote. We have to show up and prove that we are the party of family values: fighting for affordable and comprehensive healthcare, quality education, safe communities to live in and raise a family, decent jobs with benefits– the list goes on!”

It was author and filmmaker Frank Schaefer, an expert on the religionist right, who first introduced us to Vote Common Good. This morning he wrote that “America’s white evangelicals were asked by Trump to choose between himself and Jesus. “They chose Trump.” I asked him what to make of this attack on fellow Christians. He told me this morning that

“In targeting VCG there is an echo of what Jeffress said:

I’ve literally spoken to thousands and thousands of evangelical Christians, I have never seen them more angry over any issue than this attempt to illegitimately remove this president from office, overturn the 2016 election and negate the votes of millions of evangelicals in the process. And if the Democrats are successful in removing the president from office, I’m afraid it will cause a Civil War-like fracture in this nation from which this country will never heal.

“Now Trump is conducting an all-out assault on the impeachment process, calling it a coup in a pair of tweets posted on Tuesday:

As I learn more and more each day, I am coming to the conclusion that what is taking place is not an impeachment, it is a COUP, intended to take away the Power of the People, their VOTE, their Freedoms, their Second Amendment, Religion, Military, Border Wall, and their God-given rights as a Citizen of The United States of America!

What drives the depth and intensity of support for Trump? And how far are those supporters willing to go to keep him in the White House? A desire for the imposition of a whites-only theocracy is what drives the white evangelical Trump vote– ‘Christian America.'”