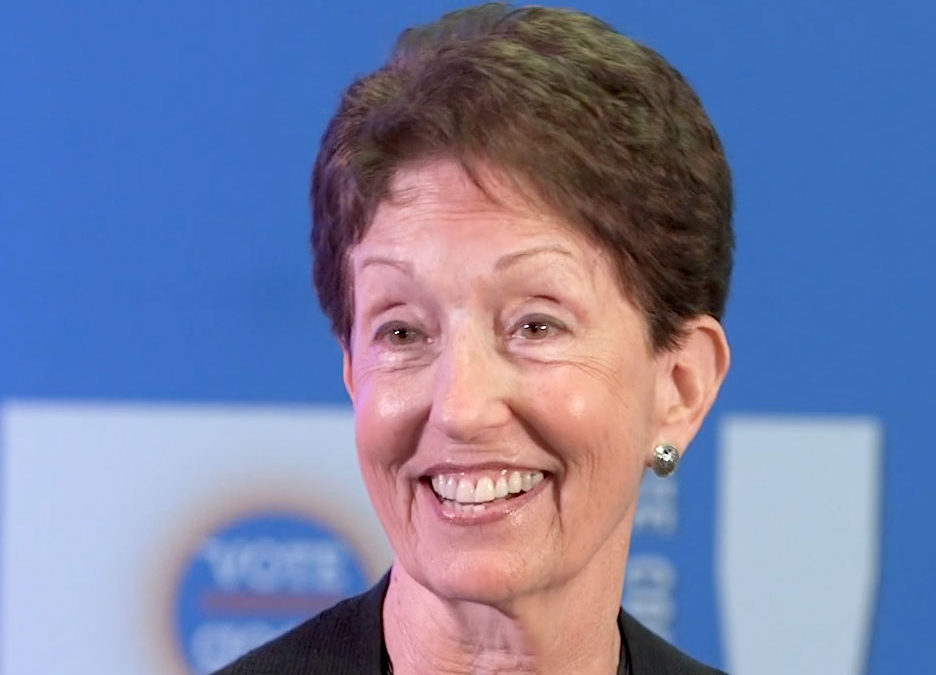 The following is an op-ed in Newsweek by Sandy Orth. She attended our Faith, Politics, and the Common Good Summit in Des Moines this January:

I voted for President Donald Trump in 2016. I thought he would shake up Washington and help fix the system that so many of us across the country know is broken. I thought people on both sides of the political aisle could benefit from his presidency.

I was hesitant, as there were aspects of his rhetoric and behavior on the campaign trail that I found objectionable. But I thought that his policies and judicial nominations would ultimately reflect my values, at least more than Hillary Clinton’s would, so I chose to look past his faults. I hoped that once in office he would rise to the occasion and become more presidential. But that didn’t happen.

I won’t, under any circumstances, vote for Trump again. After more than three years under his administration, our country is more divided and isolated than at any time in my memory. He’s supported some causes that I support, but overwhelmingly he’s proven himself a cruel, dishonest and self-serving man who lacks concern for the U.S. Constitution. Because of his character he is unwilling to humble himself enough to learn and grow. His presidency doesn’t reflect my values and I don’t want four more years of it.

That’s why I started writing letters to my senators—Chuck Grassley and Joni Ernst—to express my outrage at the Republican Party’s unwavering support for Trump. They don’t question him and they make excuses for him. Instead of holding him accountable, they enable him to act like a dictator.

As an evangelical Christian, I’m called to try and protect and preserve life, to treat my neighbor as I would like to be treated and to serve those in need. Despite the continued support of evangelicals for Trump, it’s been refreshing to see other members of the faith community speak out and reject the cynical arrangement some have chosen to make with Trump. Namely, when Christianity Today took a bold stand in an editorial before Christmas calling for Trump to be removed from office, and they were shamed for it.

As a voter in Iowa, I have the option to participate in the many political activities around the state’s caucuses this year, the first contest of the 2020 election. As the 2019 campaign season picked up, and Democratic presidential candidates spent more and more time in Iowa, I knew I wanted to be more engaged and seek out candidates who speak to voters of faith like myself. I knew I wanted to do something that would make a difference, not something that would simply cause my many friends and family who continue to support Trump to double-down.

I learned about Vote Common Good, an organization that is mobilizing voters of faith against Trump and training candidates how to engage religious voters more effectively, when I read an op-ed in The Hill written by VCG’s Executive Director Doug Pagitt, an evangelical pastor from Minneapolis. Doug and VCG came to Iowa at the start of January to host a candidates forum in Des Moines and launch their 50-state bus tour. I decided to go, not thinking much of it but curious enough to check the event out.

What I saw gave me renewed hope and solidified my resolve to help defeat Trump this year. Doug and VCG are doing the hard work of organizing voters, meeting them where they stand and challenging them to put the common good ahead of political parties this year. They didn’t ask for people to vote for a certain candidate or change party registration—just that we consider voting for a Democrat this year. As a lifelong Republican, but one who refuses to vote for Trump again, I found that message reassuring.

It’s a message that I think will resonate with other evangelical voters, and I hope it will give them the comfort they need as they grapple with the difficulty of admitting they don’t have to vote for Trump again. Evangelicals don’t have to change who they are, they just need to reaffirm who they are by voting for someone who truly reflects Christian values.

As a registered Republican, I can’t participate directly in the Democratic caucus in my state. At VCG’s candidate’s forum I met Republican challenger and former Massachusetts Governor Bill Weld, and I plan to cast my vote for him in the Republican caucus.

I do have thoughts on who among the Democratic candidates is most electable in the general election, and who is most likely to represent my values in Washington. But no certainty. At least the way former Vice President Joe Biden speaks about his faith resonates with me. And I think he is a person who can bring peace and common decency back to this country.

What I am certain about is that Trump won’t get my vote this year. He doesn’t represent my values or those of other voters of faith like me—he disregards and disrespects them time and time again. This election, I refuse to give Trump a pass on his behavior. As it says in Proverbs 17:1—“Better a dry crust eaten in peace than a house full of feasting – and conflict.”