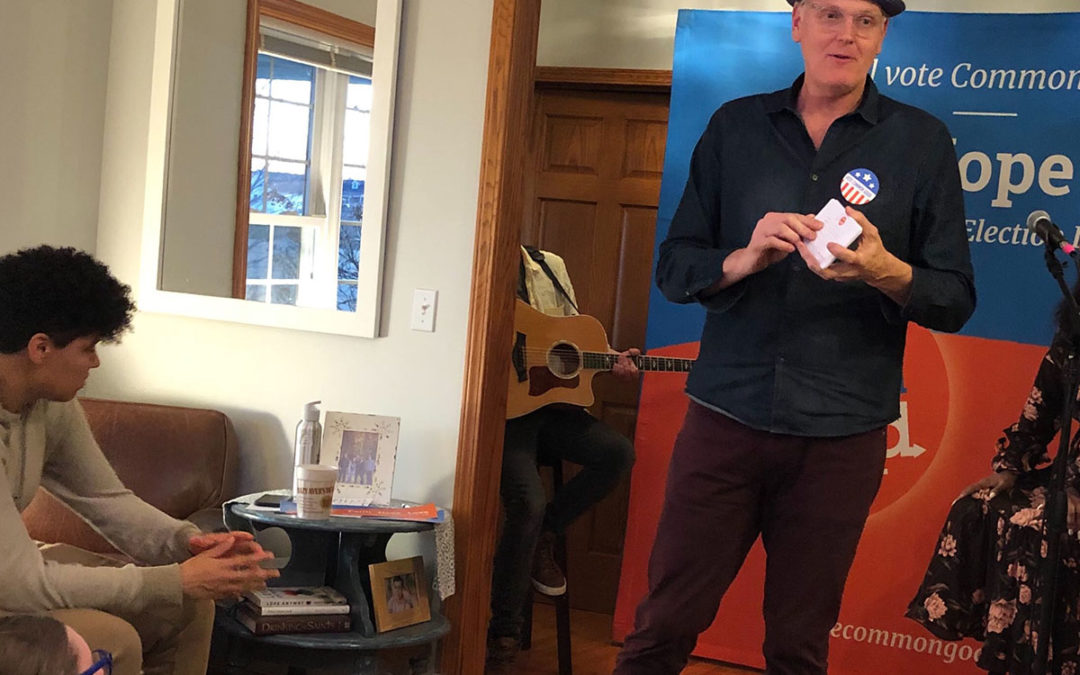 Despite cautions from medical experts and scientists, a growing number of leaders on the political right, especially those in conservative evangelical circles, have eschewed social distancing practices that could save American lives.

Evangelical Revival Ministries International in Florida announced that they would continue gathering for church services. Liberty University President and evangelical leader Jerry Fallwell Jr. rejected the state of Virginia’s guidelines and ordered students back to campus for classes. A pastor in Louisiana held a service for more than 1,825 people on Sunday arguing that the virus is “politically motivated.”

At a time like this, one might look to the president of the United States for leadership. After all, it’s the president who is meant to rise above the parochialism of local interests and act for the common good of the country as a whole. And it’s Donald Trump specifically whom these leaders support and follow. Surely they would listen to him if he took a clear stand.

And yet, and perhaps to no one’s surprise, Trump has done nothing of the kind. Instead, he has shifted his rhetoric from denial to blame to seriousness (very briefly) and finally to homicidal capitalism, initially suggesting he would call for an end to social distancing practices weeks and possibly months before experts advise in order to spur economic activity and have “packed churches” on Easter Sunday.

I say that as an evangelical pastor, one who disagreed with the 81 percent of white evangelicals who voted for Trump in 2016. They were willing to put aside Trump’s failings as a moral leader because he promised to forward their broader policy agenda — appointing conservative judges and increasing restrictions on abortion.

But what the coronavirus crisis has revealed in stark relief is just how important it is to have a president who is actually capable of moral leadership.

It started with denying the seriousness of the threat posed by coronavirus early on — blaming Democrats, media and calling their outcries about the virus a hoax. Then it progressed to skirting responsibility and blaming everyone else as the crisis got worse — China for letting the virus get out of control initially and America’s governors for not being able to handle the outbreak without the federal government’s help.

Americans need a leader who will lead by example, with empathy, and who demonstrates the kind of selfless stoicism we need at a time of fear and uncertainty. That means a leader who puts the common good ahead of their individual interests or preferences. A leader who brings people together and inspires all of us to do better by our neighbor.

In contrast, one of the clearest examples of how morally bankrupt Trump’s leadership is at this unstable time is the way he sought to scapegoat China for the coronavirus outbreak. Undoubtedly, the Chinese government’s instinct to cover up the extent of the virus early on made the problem worse. But nothing is gained by focusing in on blame for the first spark that lit the fire that now engulfs us. The president should be focused on fighting the fire.

Many experts say the economic downturn caused by the crisis could be Trump’s undoing in the November election. That could be true. Trump seems to know it, which is perhaps why he floated the possibility of encouraging Americans to end self-quarantine and go back to business-as-usual. Meanwhile, Republicans sought to jam through an economic relief bill that gives a blank check to corporations while leaving workers hanging out to dry.

What may also be true is that Trump’s inability to provide even the most basic forms of moral leadership during this crisis will be the straw that breaks the camel’s back for many reluctant Trump supporters.

Having traveled around the country speaking with voters as part of a nationwide bus tour aimed at mobilizing evangelicals and other voters of faith to vote against Trump, I can assure you that there are reluctant Trump supporters out there. They don’t see eye-to-eye with extremists like Fallwell Jr. Many of them believed the presidency would change Trump. That he might rise to the occasion. But if the coronavirus crisis has taught us anything so far, it’s that Trump is decidedly no match for the occasion.

When the dust settles, there will be a post-mortem on Trump’s response. Every voter will have their take on how his administration measured up at time when all other priorities seemed superfluous. Democrats should make it their mission to remind voters about the shortage in testing early on, how low-wage-workers got screwed over once quarantine began and Trump’s refusal to send ventilators to states begging for them when the cases started piling up.

But it’s also important to highlight his choice to ignore the common good and pander to evangelicals like Fallwell Jr. and his ilk, at a time when doing so puts so many American lives at risk. Don’t underestimate the power of a message focused on Trump’s moral leadership in a time of crisis, or rather the complete lack thereof.