“Nothing New Under the Sun”: Opposing Racism Today 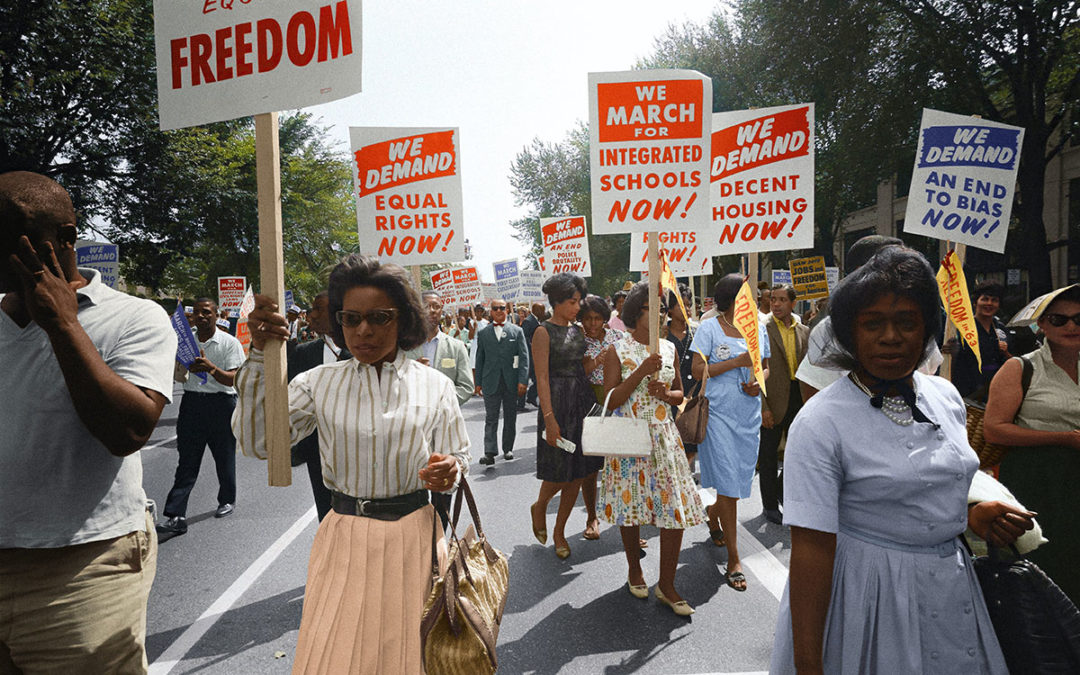 The following is an excerpt written by Michael W. Waters, trainer for Vote Common Good, for the forthcoming book How to Heal Our Divides.

Around midnight on October 16, 1915, William Joseph Simmons, a Methodist minister, ascended Stone Mountain in Georgia with fifteen men. He built an altar to his god and laid upon it a Bible, a sword, and an American flag. A cross was also set ablaze. Hence, the second rise of the Ku Klux Klan was born.

Later reflecting on that day, Simmons declared “The angels that have anxiously watched the reformation from its beginnings must have hovered about Stone Mountain and shouted hosannas to the highest heavens.” During Simmons seven years of leadership, the Klan experienced dramatic growth. Facilitating acts of racial terrorism across America, the Klan gained majority-control over several statehouses and made public witness of their increasing influence by marching through the streets of Washington, D.C.

The racial hatred currently being spawned across America is not new. This is not the first time that the god of white supremacy has been worshipped in both citadels of power and churches. Yet, this does not diminish the clear and present danger that it poses. White supremacy comes with a body count, and when racism reigns, death runs rampant, too.

The courageous work of antiracists engaged in the ongoing struggle for racial liberation save lives. Literally. The work of the diverse organizations highlighted in the volume, and many others who are not, is vitally important.

The divides in America are readily apparent. Yet, the roots of these divides are not as distinguishable for many. Before we can heal these divides, we must take full inventory of the roots from which they spring. Oftentimes, our divides result from a form of idol worship. When our god is a manifestation of our unsubstantiated fears and greed, we follow a god shaped and formed to exclusively serve our own callous interests as opposed to the God who shapes and forms us as a reflection of Godself to care for the concerns of others.

The author of Ecclesiastes opined “History merely repeats itself. It has all been done before. Nothing under the sun is truly new.” Racism and racial oppression are not new, but just as they are not new, neither is our opposition to it. This truth is a well of hope. We have been gifted with a blueprint for transformative struggle. In multiple generations before us we find persons who combated these evils with courage and consistency, persons brave enough to bend the arc towards justice knowing that it does not bend itself, persons who bear witness to the light of God in the whole of humanity and who work boldly against any force seeking to diminish that light.

Coretta Scott King said, “Struggle is a never-ending process. Freedom is never really won; you earn it and win it in every generation.” As in generations past, we must boldly, courageously, and consistently pick up the mantle of justice and advance the cause of freedom forward against this familiar foe.

With faith in God and in community with each other, we will certainly prevail.