NBC News – Trump’s support from Catholics and evangelicals is dropping. They fault his unkindness. 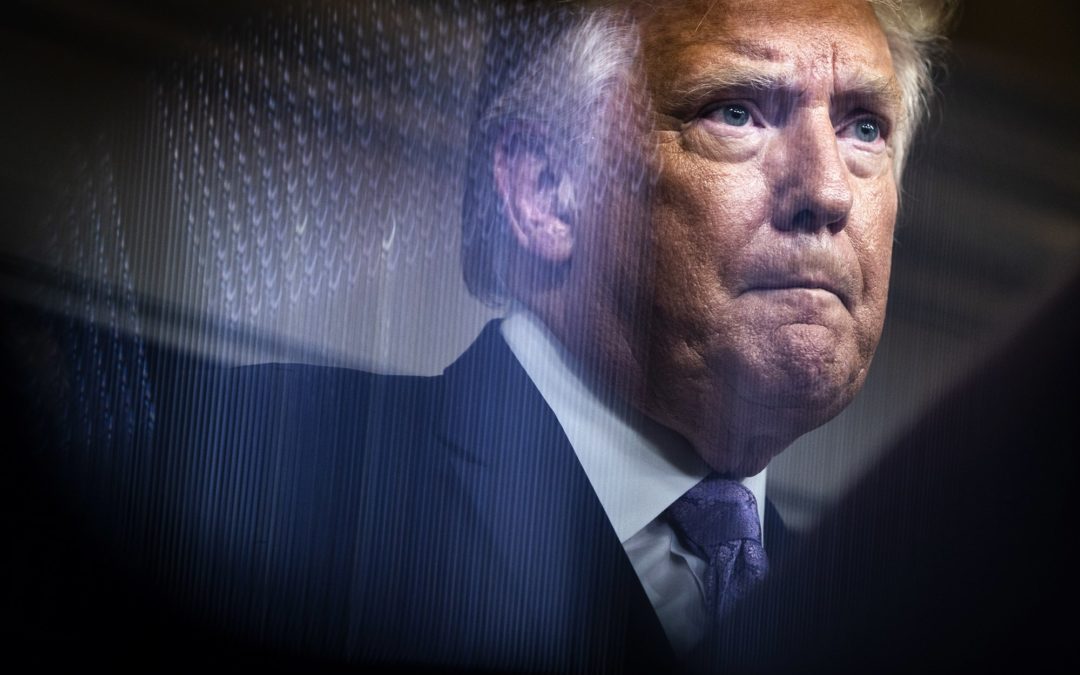 President Donald Trump speaks during a coronavirus briefing at the White House on Aug. 13. Jabin Botsford / The Washington Post via Getty Images file

The following is written on NBC News by Doug Pagitt, executive director of Vote Common Good:

President Donald Trump’s attacks on American service members are just the latest example of how mean-spirited the president can be. But his subsequent denial that he said the things he did demonstrates that he understands that disrespect and indecency can go too far, at least in an election year.

What Trump may not fully realize is that his general tendency to be unkind may have already cost him the election.

In 2016, many evangelical and Catholic voters seemed willing to look past his bombast and crudeness on the campaign trail to give him a chance, choosing him over his Democratic competitor, Hillary Clinton, by 65 percentage points and 7 percentage points, respectively. Since then, however, they have witnessed four years of unrelenting cruelty. And some now seem to feel that enough is enough.

My organization has found in an extensive survey of religious voters in five swing states that Trump’s unkindness is correlated with significant defections from the president. And the pattern is strong enough that it could well mean the difference in these states’ going red or blue.

Florida, Michigan, North Carolina, Pennsylvania and Wisconsin have seen an 11 percentage point aggregated shift in support among evangelical and Catholic voters toward Joe Biden and away from Trump compared to 2016, according to our online poll. The results echo trends in the Public Religion Research Institute’s July poll, which showed a 7-point drop in white Christian support for the president, and an August Fox News poll that showed Biden at 28 percent support among white evangelicals — 12 points more than Clinton received in 2016.

We believe our poll to be the largest carried out among religious voters in swing states in the 2020 cycle. The poll surveyed a representative sample of evangelicals and Catholics across gender, race and age within each state. It was conducted by an independent research firm from Aug. 11 to Aug. 26 in conjunction with leading behavioral scientists at Duke University, the University of Southern California and the University of North Carolina at Chapel Hill on behalf of Vote Common Good, a faith group focused on mobilizing evangelicals and Catholic voters to make the common good their primary voting criterion to stop Trump’s re-election.

The Vote Common Good survey gives important insight into what factors beneath the daily chatter of politics are likely to be driving some religious voters away from the president. The survey looked at how evangelical and Catholic voters evaluate Trump and Biden on core values, specifically seven virtues and seven sins. Each survey question was accompanied by Bible passages highlighting the religious definition of the relevant sin or virtue.

Behavioral scientists analyzed voter defections from the president and identified the perceived sins and virtues that were the biggest predictors of their changes of heart. Overall, the results indicate that disaffected Trump voters seem generally willing to forgive the president’s perceived sins, but not his perceived lack of basic kindness; among 2016 Trump voters, viewing Trump as low on virtues had a stronger correlation to switching away from him in 2020 than viewing him as sinful.

Indeed, 44 percent of all respondents said Biden is kinder than Trump, while 30 percent said Trump is kinder. Among 2016 Trump voters, perceiving Trump as unkind was the single strongest predictor of swinging away from him, with 2016 Trump voters who viewed the president as “not at all” kind having about an 80 percent chance of saying they didn’t intend to vote for him again in 2020.

That relationship was stronger than for any other sin or virtue. And this pattern was consistent across both Catholic and evangelical men and women. It was also present in younger and older respondents alike, but especially strong among older respondents.

Particularly troubling for Trump is that just a 5 percent reduction in support among Catholic and evangelical voters in 2020, as compared to their estimated support for him in 2016 per voting and population counts, would swing the results to Biden’s favor in four of the five states surveyed. Among Catholics we surveyed, the biggest turns in Biden’s favor were in North Carolina, Pennsylvania and Wisconsin, while among evangelicals, his biggest advances were in Florida, North Carolina and Michigan. Based on the number of evangelical and Catholic voters who supported Trump in these swing states in 2016, that’s enough to shift all but North Carolina to the blue column.

Politicians have long recognized the appeal of kindness to voters, and many observers have questioned how evangelical and Catholic voters could back the president after everything from his comments about service members, starting with former POW John McCain, to his long track record of vendettas and name-calling to the dishonesty that seems to have defined his approach to business long before his foray into politics.

Some have argued that evangelicals and Catholics have stood by Trump because of his commitment to packing the judiciary with conservative, pro-life judges, his aggressive support for Israel, his promise to restore Christian supremacy or other key agenda items. It’s likely it’s some combination thereof — a Faustian bargain for political power.

But perhaps the more important point is that some of these voters aren’t actually standing by him.

The president and his campaign seem to recognize this liability. Trump recently launched new overtures to evangelical and Catholic voters, renewing his calls to defund Planned Parenthood and rushing to fill the seat of Justice Ruth Bader Ginsburg with an anti-abortion jurist days after her death. He has also launched a spate of religiously themed attacks, accusing Biden of being “against God” and claiming that Biden wants to “hurt the Bible [and] hurt God.”

But it’s likely too little, too late. Many religious voters have woken up to the fact that Trump simply lacks basic Christian kindness, and they are looking for an off-ramp.