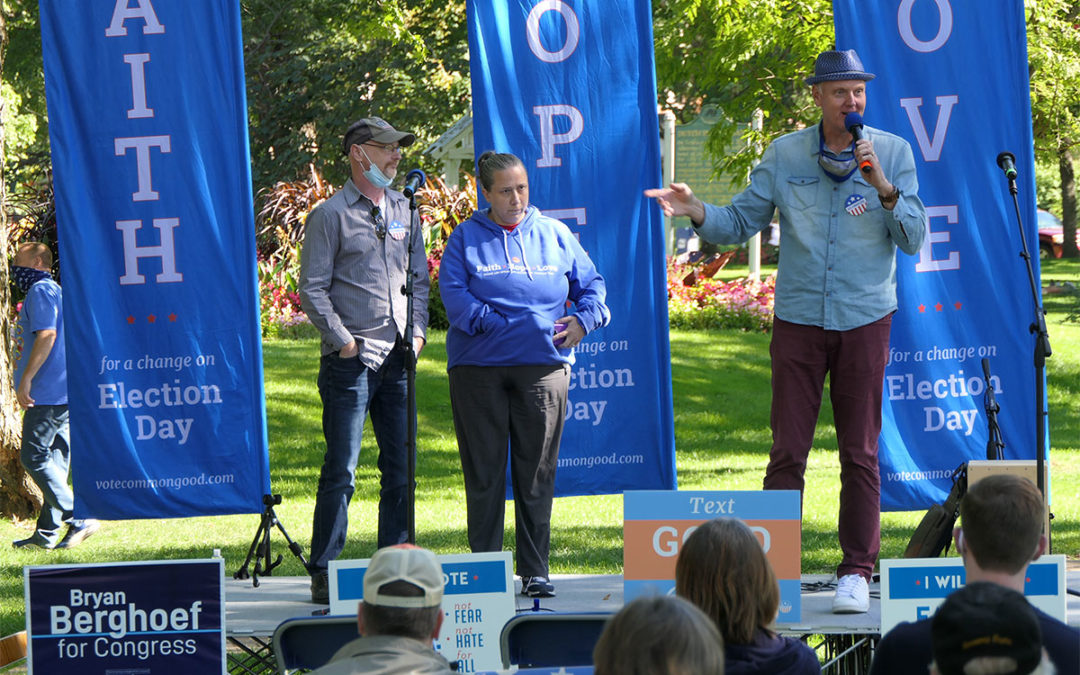 As states around the country certify final vote tallies, a surprising picture is starting to emerge around one of the reasons President Donald Trump did not prevail: It appears a critical drop in support from white evangelicals — widely viewed as the president’s staunchest allies — may have cost him the election.

Many have made hay out of the fact that a larger number of Latino voters supported Trump this year than they did in 2016. But in addition to increased Black voter turnout in key urban areas, it looks like white evangelicals swinging from Trump to Biden were a determinative voting block in states that flipped from red to blue, giving Biden his edge in the Electoral College.

To understand why this happened and to what extent it affected the results of the election, it’s worth taking a closer look at the state of Michigan. White evangelical support for Trump in Michigan decreased from 81 percent in 2016 to 70 percent in 2020, while their support for the Democratic candidate went from 14 percent for Clinton in 2016 to 29 percent for Biden in 2020.

Biden’s advantage in the state was in no small part driven by his strong performance in western Michigan, where the white evangelical population is concentrated. There were counties where Biden chipped away at Trump’s 2016 advantage, such as Allegan, Macomb and Ottawa. There were counties where Biden improved on Clinton’s 2016 advantage, such as Kalamazoo and Oakland.

Then there is Kent County, home to Grand Rapids and a host of Christian universities. Twenty-five percent of the Kent County electorate identified as evangelical in 2020. Trump beat Clinton by a 3-point margin in Kent in 2016. This year, however, Biden beat Trump by 6 points in Kent County.

Although this 9-point swing may be unexpected to some, I always believed a shift like that was possible. It’s why, as an evangelical pastor, I spent a great deal of time in Michigan over the past year working to get religiously motivated voters to put the common good ahead of their party affiliation.

Since January, as part of a nationwide bus tour led by my organization, Vote Common Good, I traveled hundreds of miles across Michigan; held voter rallies and roundtables in Holland, Muskegon, Grand Rapids and Warren; mounted tens of thousands of dollars worth of billboards juxtaposing the words of Jesus Christ with those of Trump; sent out thousands of postcards to evangelical voters across the state; trained multiple local Democratic candidates on how to engage with faith voters; and worked with Jerushah Duford, a Michigan native and granddaughter of legendary evangelical pastor Billy Graham, to release a video urging fellow voters of faith — particularly evangelical women — to not vote for Trump.

Our message was simple, and reflected what we heard from faith voters, including those who supported Trump in 2016. A poll VCG commissioned in September showed that Trump’s lack of kindness was driving evangelical and Catholic voters in swing states away in large enough numbers to potentially impact the outcome of the election. In Michigan, the survey found a 7-point swing from Trump to Biden among evangelical voters.

A good example of the kind of evangelical voter that helped flip Michigan this year is Pastor Keith Mannes. A life-long Republican, Mannes made headlines for leaving his position as pastor of East Saugatuck Church in Holland, Michigan. Mannes was outspoken about his objections to Trump and the president’s cruelty that seems so incompatible with Christianity, which put the pastor at odds with his own congregation. He decided to join VCG by speaking at our rallies across western Michigan and participating in a nine-day, 115-mile pilgrimage for racial justice from Charlottesville, Va., to Washington, D.C.

Voters like Mannes – driven by a deep-seated sense that Trump lacks the fundamental kindness that imbues the teachings of Jesus Christ – made a difference this year. With the Republican Party having become the party of Trump, it would follow that other GOP candidates, particularly those that affiliate closely with the president, could face a similar vulnerability. Given that Biden won 14 percent of the evangelical vote this year in Georgia compared to 5 percent for Clinton in 2016, this dynamic has implications for the two Senate runoff elections in January.

Of course, no one is under the illusion that Trumpism will be gone once the president leaves office, regardless of whether Democrats win the Senate. But in that sad reality is a long-term opportunity. For too long Democrats have all but conceded the faith community to the Republican Party. This year serves a stark lesson: the chance to continue the work of engaging white evangelical voters and giving them an alternative is one Democrats shouldn’t write off.