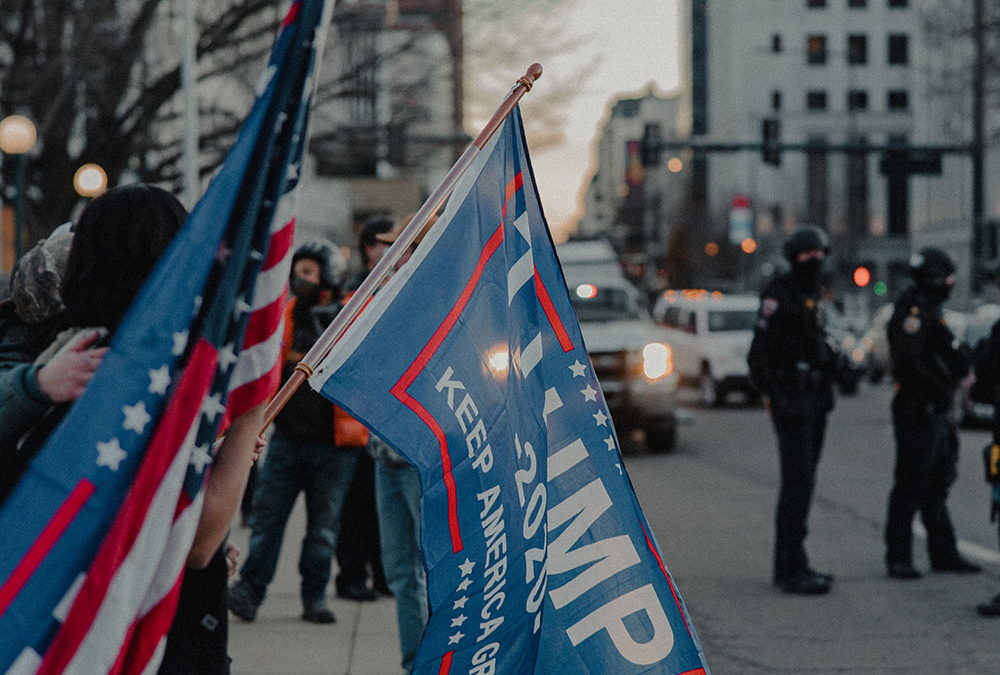 2021 started with Christianity showing up in our politics in two major moments that marked the end of the Trump era: one inspiring and one alarming.

In Georgia, the Rev. Raphael Warnock, pastor of the historic Ebenezer Church, defeated Trump sycophant and incumbent Sen. Kelly Loeffler in the runoff for a United States Senate seat. The Rev. Warnock’s message of compassionate Christianity served as a template for candidates nationwide looking to bring faith voters into the progressive fold.

By discussing how faith informed his politics, he was able to build a powerful, multiracial coalition that encouraged historically conservative voters to give his campaign a chance. Even for voters who do not typically bring faith into account, and even as his opponent attacked his faith, his messages of equality and justice rooted in scripture were appealing to all. It does not take years of training to understand how to connect with voters at this level, but Warnock proved that leaning into one’s faith and how it informs one’s politics can help win swing voters. Loeffler’s attempts to attack him on this only helped to prove his point.

On the bleaker, flip side, we witnessed an insurrection at the U.S. Capitol fueled by hatred, white supremacy and conspiracy theories. Here, we saw not only the worst side of our democracy, but some of the worst co-opting of Christianity by what can only be considered domestic terrorists.

In a video from inside the Capitol recently released by the New Yorker, rioters inside the Senate chamber can be seen praying at the Senate podium. Insurrectionists held signs reading, “Jesus 2020,” a white cross declaring “Trump won” and marched through the halls of Congress yelling “The blood of Jesus covering this place.” No one in the crowd seemed to see any irony in these images being juxtaposed with symbols of hate, promoting anti-Black, anti-Semitic messages.

This is not a coincidence, nor did this happen overnight. Slowly, over the better part of a decade, our communities and congregations have been radicalized. The results of that radicalization are now pouring out into public view. The violence, lies and disinformation on display in the name of Christianity at the Capitol were a wake-up call to many. Those who are not radicalized, and those who love their country, are now primed to look for a new home.

Many view faith-based voters as the stalwart of Republican electoral strength, which would not be entirely inaccurate given the fact that the overwhelming majority of evangelicals and other voters of faith backed Donald Trump in 2016. They did so not because they saw themselves in Trump, but rather because they felt that he embraced them for who they are.

But throughout his presidency, Trump’s misguided approach and embrace of white supremacy hurt his case with what was supposedly his key constituency.

In a nutshell, what we see is a perverting of Christianity on the right and within the Republican Party, which is becoming a less hospitable place for moderate, movable faith voters. Meanwhile, Democrats are only becoming more inviting to this moderate, conservative constituency. This juxtaposition — with the Rev. Warnock running on faith and winning in Georgia and an attempted coup with perverse, religious undertones — highlight this shift.

We are only beginning to see the fallout from this month’s events, but we are on the cusp of a potentially profound shift in how Christianity plays out in American politics. It will take consistent organizing from campaigns and faith groups alike, but my work shows me there are plenty of Christians out there who, if given the chance, will prioritize the common good, and not political party, in their politics.

If we have more campaigns like that of the Rev. Warnock — who authentically engaged faith voters and openly discussed the role faith has played in his life– and if racists, conspiracy theorists and opponents of democracy continue their attempts to co-opt Christianity, I know the common good will win out in the end.