If You Remove Christian Voters, He’s Not President. 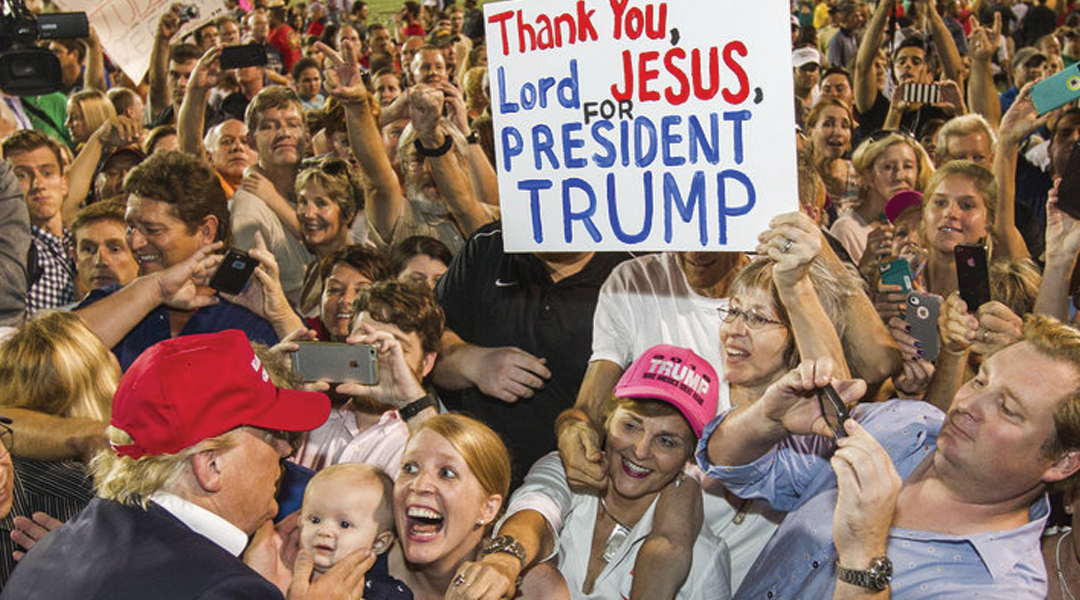 Before we jump into what’s going on at the moment, two years into the Trump presidency, I want to go back to the period of time prior to the election and what the role of the evangelicals were in terms of these narratives that we’re now seeing play out.

So you have to understand that Donald Trump got elected not because of Russian involvement, that might have played a part, not because Hillary was a perplexingly bad candidate, all of these things played a role. But the only piece that you take out of the election puzzle of those 86,000 votes that put him in the White House, the only bloc that could make or break him is the white evangelical bloc, 82% of whom voted for him.

That bloc was basically talked into voting for him by a group of people within the right wing of the evangelical leadership, not the overall evangelical leadership. People like Ralph Reed and people like Pat Robertson, people like Franklin Graham, people like Jeffress and so forth and so on. These folks got behind him because in his voice they found the same level of alienation and anger that their own foot soldiers respond to in fundraising and all these other areas. And so essentially the tail began to wag the dog.

And so if you want to fast-forward now, what Trump managed to do was get the more radicalized evangelicals who really speak his language because they also are kind of con men and liars and so they understood him perfectly. Well, he spoke their language. They also brush scandals under the rug, which would put most people in jail. You know, he assaults women . . .  Ralph Reed had a deal with the casinos, which put his colleague Abrahamoff in jail. . .

What we see in all this stuff is a pattern. It’s that they go to the more radical and the more angry. It works in the same way that raising money against feminists works, and gay people works. It’s not where most people start out their evangelical journey but it’s where some of them end up.

What’s happened here is that there’s really a Trump cult that has replaced evangelicalism in terms of religious faith in America. Now that doesn’t mean every individual is in that, but certainly that’s the image of it and that’s where it’s gone.