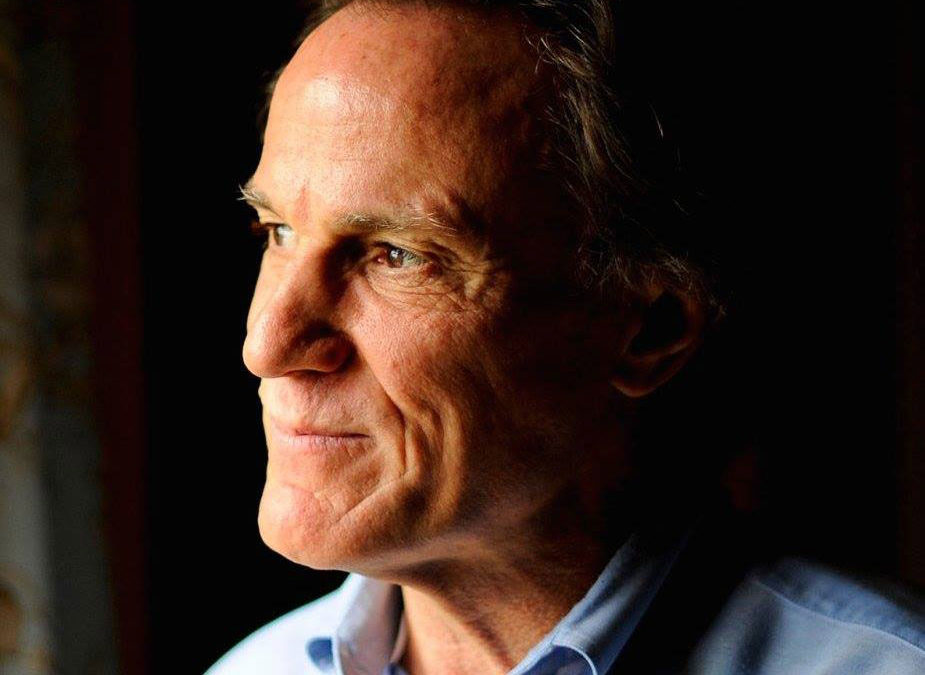 Hi everybody it’s David Riordon and welcome to the Common Good. Today I’m talking to one of the leading lights of the Common Good Movement and the Vote Common Good bus tour, which we’ll talk about in a minute, and that’s Frank Schaeffer. Now, Frank, as some of you may know, has a rich background of growing up within Evangelical royalty, but then in 1990 became a religious reform activist. He’s a contributor to MSNBC and CNN, he’s been on Oprah, had best-selling books, made Hollywood films . . . he’s done everything.

So, Frank, I usually like to start at the beginning. Everybody knows that we have these origin stories about our community of faith and yours is a particularly interesting one. You grew up in evangelical royalty, like I said at the opening, and your father, Francis Schaeffer, is compatriots with Billy Graham and the others of that generation. So can you tell us a little bit about what that experience was like for you?

I am 66 years old. I was born in 1952, and when I was born I was living in a Swiss Chalet with two American missionary parents, Francis and Edith Schaeffer, who at the time were very obscure Protestant evangelical missionaries to kids in Europe after World War II, they came over in ’47.

Fast forward into the 1970s, my dad had become a best-selling author and I was his nepotistic sidekick on the road launching what became the Religious Right. So we were flying around in Jerry Falwell’s jet; I was offered a place on Pat Robertson’s board to help run the 700 club that I’d been on six or seven times; we were hanging around with people like Reagan, Bush; Gerald Ford’s son lived in our house for a year, and so forth. So we were part of the early 1970s, 1980s Religious Right, and I became a speaker on the anti-abortion circuit.

Let me illustrate that for a minute in a way that some people might not really think. For instance, back in the day when we were out arguing for the sanctity of life, the pro-life cause, the anti-abortion cause. The people who opposed us the most vociferously were not secularists of the National Organization of Women and other people like this. It was folks like Billy Graham, the evangelist who called himself pro-choice, Dr. Criswell, president of the Southern Baptist Convention and the pastor of First Baptist in Dallas, the editorial board of Christianity Today magazine.

Our argument back in the ’70s with other evangelicals was about whether they as evangelicals had to join our political causes. So I’ve spent a lifetime seeing an arc that went from being the son of an obscure evangelical missionary in Europe, to him becoming a best-selling author, to me becoming his sidekick, to the formation of the Religious Right.

And then, last bit of my own background my own journey out of that began in 1984 when my dad died, and I basically woke up as a younger man – at that point in my early thirties – saying,  “What am I doing in this movement?” I don’t believe in the politics in the way that I did at one point. I’m questioning some of the certainty addiction that I was part of when it came to the theology, and then I have journeyed to becoming a progressive activist from the evangelical point of view on the left, although I consider myself a moderate, and that brings us up to the present.

So that’s a thumbnail of a thumbnail of a thumbnail. I’ve written about it in memoirs like, Crazy for God, so anybody interested in the long story can get it, but put it this way I have a perspective on what’s going on now that’s a little unique because I was in, literally, on laying the foundation stone of where we’ve now wound up with the Trump presidency.