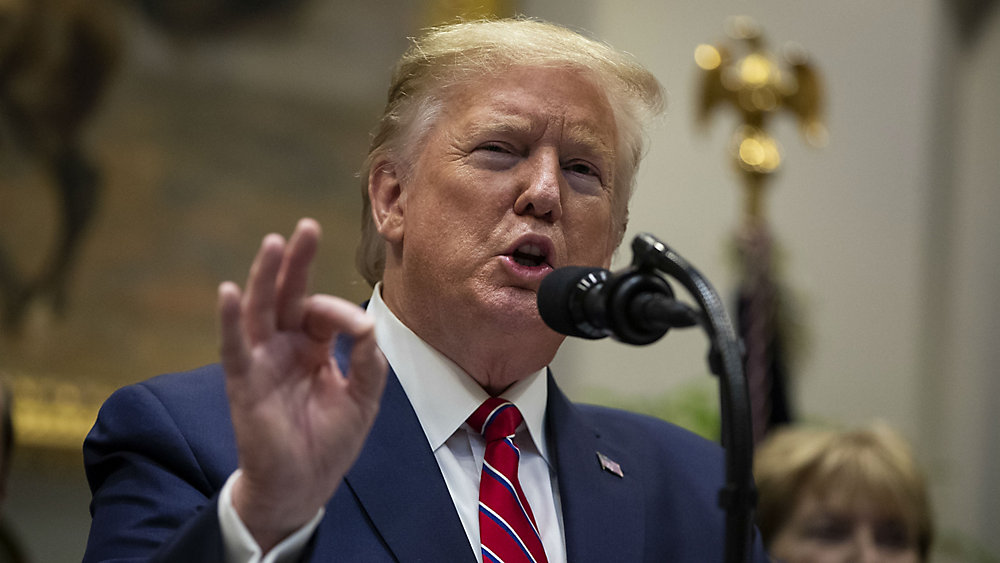 The following is an opinion written in Business Insider by Doug Pagitt, executive director of Vote Common Good:

As complete data from battleground states across the country filters in, the picture of the 2020 electorate is beginning to take shape.

And while he made gains elsewhere, it’s becoming clear that President Donald Trump Trump lost support from a group of voters thought to be one of his most steadfast bases of support — white evangelical Christians. Those losses may have cost Trump the election.

According to exit polls, evangelical voters swung away from President Trump in large enough numbers across a handful of key states to decide the election. A New York Times’ exit poll shows that Trump’s nationwide support from evangelicals dropped from 81% in 2016 to 76%this year. Edison’s exit poll indicates Biden received 24%of the evangelical vote, or about 4 million more votes than Hillary Clinton received in 2016.

Key battleground states like Michigan saw an even more dramatic decline, with white evangelical support for Trump decreasing from 81% to 70% while their support for Biden increased from 14% to 29%, according to the Times exit poll. In Georgia, Biden won 14%of the evangelical vote, compared to just 5%for Clinton in 2016, which could also have implications for the two January Senate runoff elections.

These might seem like small swings, but as an evangelical pastor who founded an organization dedicated to getting religiously motivated voters to put the common good ahead of their party affiliation, I can assure you it represents a major shift.

Swaying the evangelical vote
After the 2016 election, I left my ministry at Solomon’s Porch in Minneapolis, Minnesota to start organizing voters of faith to help defeat Trump.

Since January, I’ve led a bus tour across the country to engage these voters. We’ve traveled more than 40,000 miles to host over 90 rallies and roundtable discussions in 41 states; mounted a series of billboard campaigns in Michigan, Wisconsin, Pennsylvania; sent out more than 25,000 postcards to swing states voters; trained more than 60 Democratic candidates on how to engage with faith voters; and compiled the endorsements of more than 1,600 faith leaders for Vice President Joe Biden in what is the largest group of clergy to endorse a Democratic candidate for president in modern history.

We even worked with Jerushah Duford, granddaughter of legendary evangelical pastor Billy Graham, to release a video urging fellow voters of faith, particularly evangelical women, to not vote for trump. We made multiple stops in Duford’s home state of Michigan, with a focus on the evangelical stronghold of Kent County, which flipped to Biden this year, with Trump winning evangelical voters by a 3 point margin in 2016 and Biden winning them by a 6 point margin in 2020.

What we constantly heard from faith voters, including those who supported Trump in 2016, was that the president’s complete lack of basic kindness made it hard for them to support him. This finding was corroborated by a poll VCG commissioned, which showed that Trump’s unkindness was driving evangelical and Catholic voters in swing states away in large enough numbers to potentially impact the outcome of the election.

We operated under the assumption that persuading even just 5%of evangelical voters who supported Trump in 2016 to abandon him this year would be enough to defeat him. Based on the national and battleground exit polling data, it appears we were right.

Evangelicals in a post-Trump world
But even though it seems Trump was defeated this year, from the narrowness of the result, it’s clear that Trumpism is still very much alive.

The unique blend of intolerance, demagoguery and cruelty that he is the bandleader for has rooted itself in the civic and faith life of the country. If it’s to be defeated, Trumpism must be completely repudiated in all of its forms, and those that worked to defeat the president in this election must commit themselves to continuing their work in order to do so.

What is key to the success of that proposition is a willingness to do the hard work of engaging people where they are. Democrats and those who wish to see the end of Trumpism in our country must be willing to not make assumptions about constituencies like white evangelical Christians. They are not a monolith, and as the numbers from this year’s election show, they can be persuaded. But doing so requires taking the time to listen and demonstrate respect for their values.

With President Trump disputing the results of the election, threatening the integrity of American democracy in a display typically reserved for banana republics, the days and weeks ahead are sure to be long. But they will pass, and in no small part because many of those who once supported the president support him a little less now.

What is likely to be a longer road ahead is the effort to exorcise the spirit of Trumpism from American politics. But for those of us who have spent time in communities across the country working to defeat the president, the outcome of this year’s election is reason to have faith that it’s possible to do so.