A Thank You To Senator Romney

On January 16th, we traveled to Salt Lake City and partnered together with many incredible local organizations to call on Senator Romney to fight for a fair and free impeachment trial.

We were there to champion Faith, Hope, and Love, and to do our part to ask Senator Romney to vote from the character and faith values that he professes, and to put the common good above the good of the Republican Party.

Today, we are back for one simple reason – to thank Senator Romney.

This week, he took a courageous stand for the common good, becoming the first Senator in United States history to vote against his own party in a Senate Impeachment trial.

He did not do this because it would make him more popular in his party, for personal gain or for any other hidden reason – it is evident he did it for one reason, because he believed it was the right thing to do. 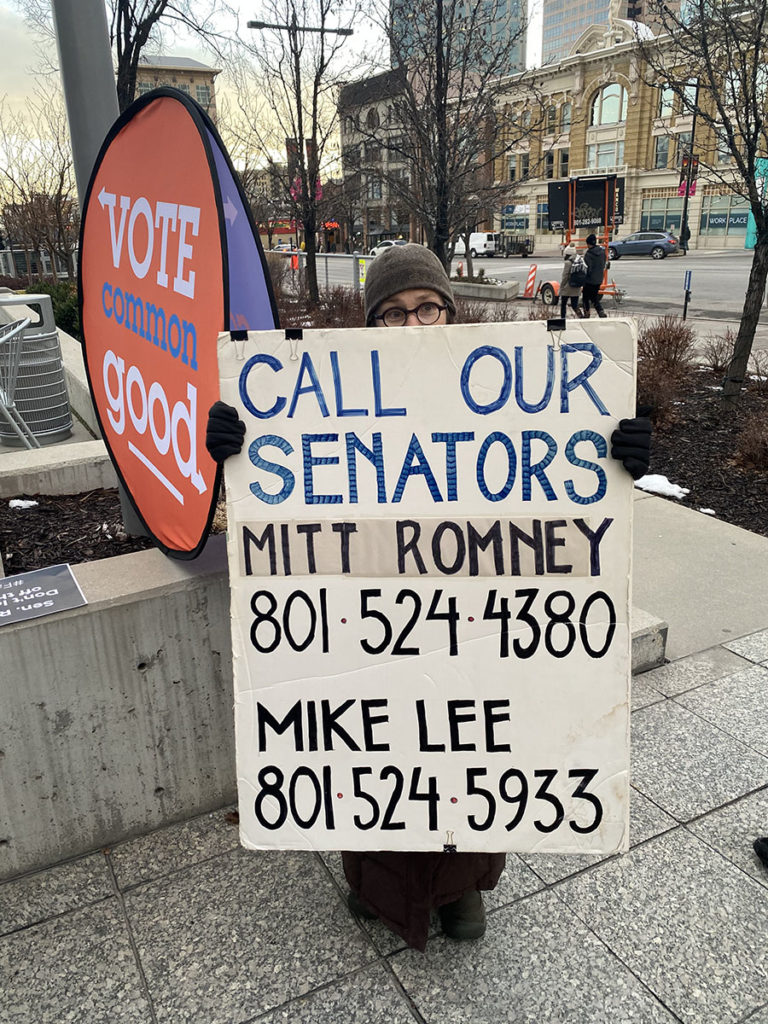 It can be hard to carry Faith, Hope, and Love across the nation, but today this man brought us a little bit of hope, voting because of the character of his faith and the love of his neighbor.

This week, one Republican voted against Donald Trump. On November 3rd, we can flip the White House.