TIME – I’m a Pastor Who Ran for Congress as a Republican. Here’s Why I’m Encouraging My Fellow Evangelicals Not to Vote for Donald Trump 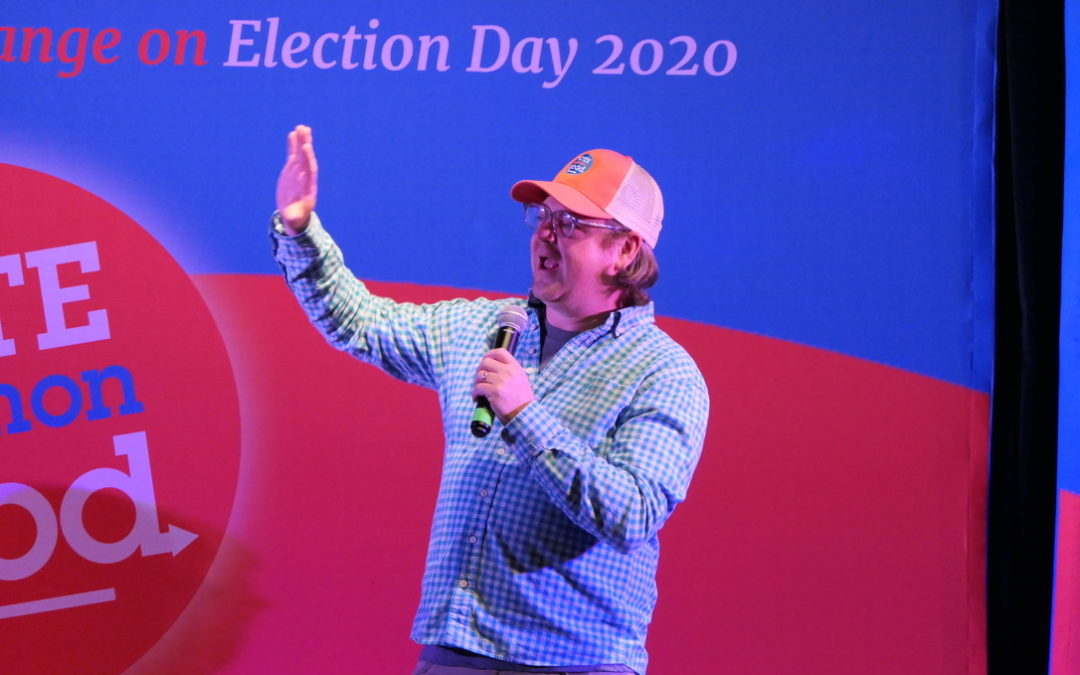 The following is an op-ed in TIME by Robb Ryerse, political director of Vote Common Good:

President Donald Trump made history last Friday as the first U.S. president to attend March for Life, the annual anti-abortion rally held in Washington, D.C. For that he received widespread praise from conservative political and religious leaders and voters around the country, including many, unsurprisingly, from my home state of Arkansas.

Trump’s decision to attend was motivated by politics. He wasn’t against abortion until he started running for President, and yet he has heard mounting questions raised about the sturdiness of his support among evangelicals, whose backing in 2016 was key to his victory. The kerfuffle around Christianity Today’s December editorial calling for Trump’s removal sparked a reexamination of the durability of that support. Enter March for Life, an opportunity to double down on what Trump knows is the linchpin of his appeal to many religious voters.

The transactional nature of Trump’s relationship with evangelicals and other religiously motivated voters is a two-way street. He doesn’t live by nor ostensibly even aspire to the values of most of these voters. They see his flaws but support him anyway because he helps advance elements of their policy agenda, namely, anti-abortion judges and legislation.

Although Arkansas’ Republican Governor Asa Hutchinson was the first governor of a solid red state to voice support for the congressional impeachment inquiry last September, Arkansans overwhelmingly support Trump, with over 60% of us voting for him in 2016. Much of that support came from Arkansas’ large evangelical community, which makes up no less than 46% of adults in the state. Naturally, the state’s two Republican senators – Tom Cotton and John Boozman – have voted in line with Trump’s position 87% and 93% of the time respectively.

I was raised in a home where being an evangelical Christian and voting Republican were inseparable. I live in Northwest Arkansas, practice my faith as the co-pastor of Vintage Fellowship in Fayetteville and even ran for Congress in the 3rd Congressional District as a Republican in 2018.

Given all this, you are forgiven if you’re somewhat surprised to hear that I helped organize a rally for voters in Fayetteville against Trump and in support of Democrats this week.

When I’m not preaching, I work with a group called Vote Common Good, which aims to get evangelicals and other voters of faith to make the common good – not political parties – their primary voting criteria. And this year, voting for the common good means getting Trump and his enablers out of office.

Trump is an anathema to everything I was taught to love about Jesus, everything I was taught about how to live out my faith. His disdain for decency, disrespect toward basic tenets of right and wrong and complete disregard for the most vulnerable among us could not be more fundamentally un-Christian. To vote for him because he sees the political expediency of supporting restrictions on abortion is a Faustian deal with the devil that is ultimately more likely to exact greater cost than reward. Case in point: the astounding about-face in evangelical support for refugee resettlement since Trump took aim at the program.

The unholy alliance some religious voters have struck with Trump is part and parcel of the one the Republican Party as a whole has embraced. The GOP has become the party of Trump, most recently exemplified by the number of Republican senators who have expressed a willingness to abandon their responsibility as part of a co-equal branch of government and vote against allowing witnesses to appear in the president’s impeachment trial. Tribalistic, blind loyalty to Trump because of the power he is able to confer as President has led both evangelicals and the GOP to abandon previously held values.

Now more than ever, at a time of unprecedented polarization, it’s important that voters think beyond political party. Republicans don’t have to become Democrats — they should just consider voting for one this year. Voters of faith should set aside their personal interests and predilections and instead prioritize the common good for all.

Traveling across the United States on VCG’s 50-state bus tour, which launched in Iowa at the start of January and has hit six other states since, I’ve met voters of faith who are looking for an alternative to Trump. They voted for him in 2016 but can’t bring themselves to do it again. We are working to mobilize them and train Democratic candidates to engage religious voters more effectively.

If a critical percentage – say 5% – of evangelicals who voted for Trump in 2016 don’t this year, he can’t win. That’s why I’ve decided to dedicate much of my time and efforts in 2020 to reaching those voters. Because a deal with Democrats is better than a deal with the devil.