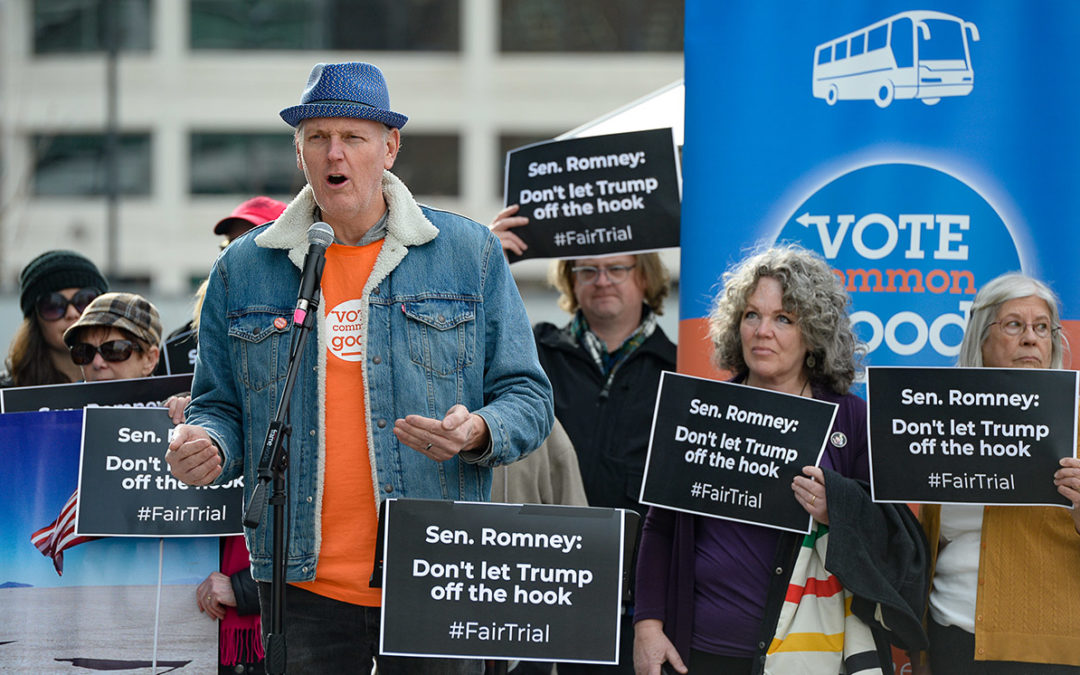 (Francisco Kjolseth | The Salt Lake Tribune) Doug Pagitt with Vote Common Good joins a coalition of Republicans, Democrats and independents asking for a fair impeachment trial in the Senate as they gather for a news conference in front of Sen. Mitt Romney’s office at the Wallace F. Bennett Federal building in Salt Lake City on Thursday, Jan. 16, 2020.

“It seems as if the moral spine of Congress has deteriorated to the point where they can no longer stand up straight.”