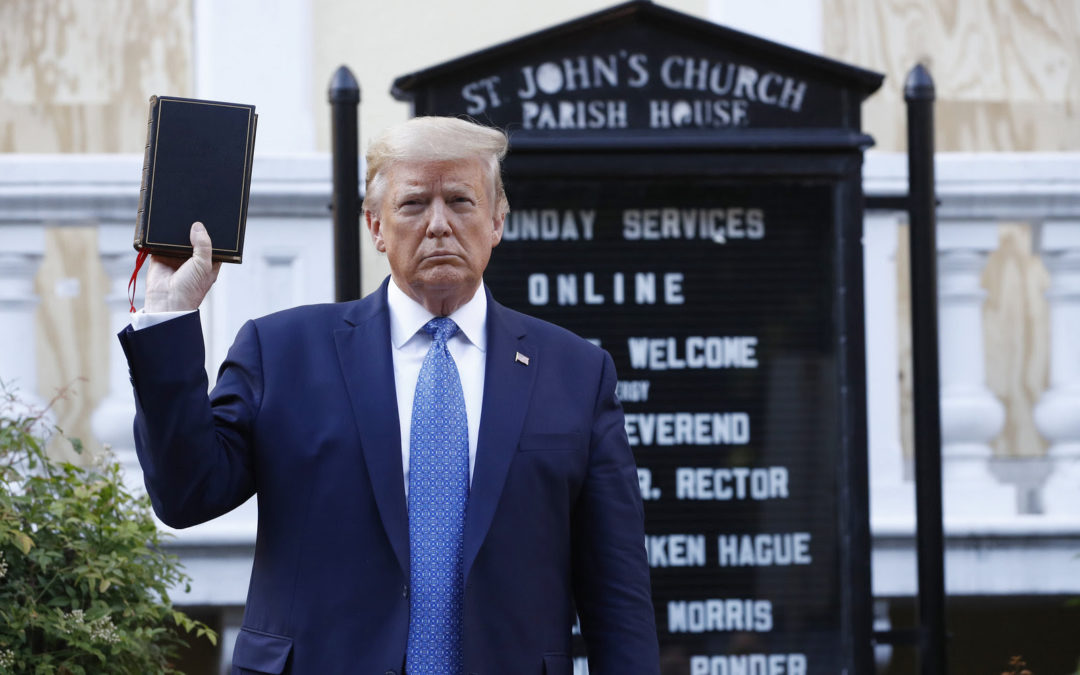 Tonight, we are outraged at the President’s deeds done in the name of Christianity; deeds that are unbecoming of a person of God, of a President of the United States, and of a human being, and we need your help to turn our outrage into action.

A couple of hours ago, the President of the United States invoked the Gospel of the Prince of Peace to threaten a war on those seeking justice in his own nation.

Jesus flipped tables at the sight of oppression. Trump shot tear gas at the oppressed.

In case you missed it, this evening Donald Trump forcibly cleared the area around St. John’s Episcopal Church, sending tear gas and rubber bullets to disperse peaceful protestors. He then walked to the church, held the very Word of God above his head, and began to hide behind the scriptures as he lashed out at protestors and public officials alike.

In response to this gross misuse of the Church as a prop, Bishop Budde of St John’s said “The President just used the Bible … as a backdrop for a message antithetical to the teachings of Jesus, and everything that our churches stand for.”

Bishop Budde continued, “The President did not pray nor acknowledge the agony of our country … we distance ourselves from the incendiary language of this President, we follow someone who lived a life of nonviolence and sacrificial love, we align ourselves with those seeking justice for the deaths of George Floyd and others through the sacred act of peaceful protest.”

Over and over again, Christ calls on us to look after those whom society neglects, to mourn with those who mourn, and to spread Faith, Hope, and Love.

Tonight, we are outraged, and we’re going to do something about it. We’re going to make sure that Trump is never again elected to public office. Will you help us flip the White House because of our faith?