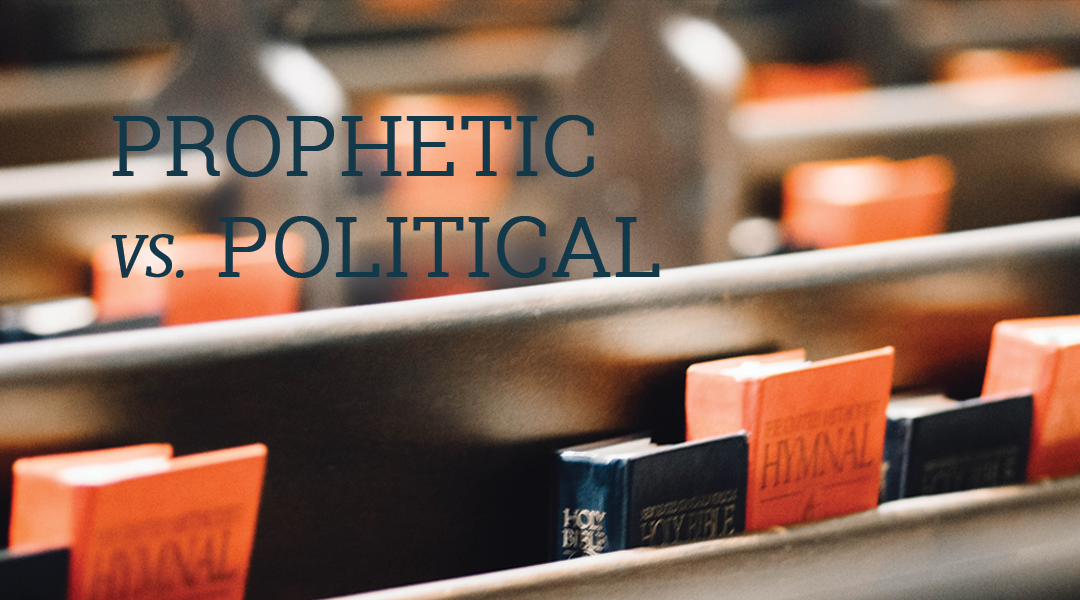 Pastor and author Jane Willan talked with Spencer Downing about her recent editorial, “How Does a Christian Vote for Trump?”

I’m Spencer Downing and I’m talking with Jane Willan, who is pastor of First Congregational Church – United Church of Christ in Paxton Massachusetts. Previously she led congregations in Iowa. Earlier in her career she was a teacher, a writer, and she had a stint as a research scientist at Harvard.

In addition she’s also a novelist. Her next mystery, titled, The Hour of Death: A Sister Agatha and Father Selwyn Mystery will be arriving in bookstores on October 18, so check that out.

She recently published an editorial in the Worcester Telegram titled, “How Does a Christian Vote for Trump?”

Jane Willan, thanks for talking with us today.

Oh it’s great to talk with you.

So you were asked by a middle schooler in your congregation, “How can someone who’s a Christian vote for Donald Trump?,” and you have an answer.

I don’t see how you can, if you look at the scripture and you look at what Jesus said, particularly about the common good. But there’s lots of theories behind how Trump got to where he is, and part of it is that the evangelical Christians supported him. So it’s very i hard to figure out.

I wasn’t sure what to say to my middle school kid except, “I don’t think you can.”

You just said that you don’t see the Trump administration acting in the common good. Can you talk a little bit about that?

Sure. The common good of course is defined as that which benefits all people. And of course, as we think about it, Trump benefits really the one percent, and that’s who he represents. But he has sold himself to lower-middle-class and middle-class people by saying that he represents them. So he does that by really scapegoating. He promises them the American Dream, that really has been lost. He promises that to this group of people by, basically I think, scapegoating. Although it appears that, I guess, he is for the common good, for the benefit of all people, he’s not at all for the benefit of all people.

If you look to the gospel, Jesus was all about the common good. That’s what Jesus meant when he said, “Love one another as I have loved you; whenever you have helped the least of these you’ve helped me.”

The benefit of the common good, starting with the most disenfranchised, that’s the message of the gospel, which is completely different from the message of the Trump administration or Washington in general right now. The country is not served.

With that in mind, how do believers start getting Christians to start thinking about framing their thinking about politics in the ways that you just mentioned?

So how do Christians reach out to Christians? That’s a good question. There’s a group of Christians that will not change. The base, Trump’s base, I don’t think it’s going to change. They’re not going to listen to anybody, particularly liberal Christians. I think if you’re a person of faith and you want to persuade other people of faith to vote against Trump because of your faith, you need to hit more of a middle group. The base is not going to change, I don’t think.

But if you wanted to convince people who did vote for Trump that are now wondering if that was a good vote. tell them to read the scripture. Read the gospel. Read the words of Christ. The words of Christ welcomed the stranger. fed the poor, released the prisoner, healed the sick. Those are not the tenets of the Trump administration.

You call out some of the leadership of evangelical Christianity, in particular Franklin Graham. Can you talk about that?

Well, the leadership is basically white straight white men, and they’re wealthy. They are the antithesis, I think, of what clergy should be. They encourage people to vote for single issues, not the overall person. They don’t encourage people really to vote their faith. They’re often very pro-life. That’s a one-issue vote, and they think that by voting for Trump they will get their one issue taken care of. They are misogynist. I think they’re not voting for the rights of women or children, really, beyond the life of the fetus. Then the child’s abandoned.

The evangelical leadership . . .  I think the country’s held hostage by the Southern Baptist Convention. That is a group with lots and lots of money, lots of power, lots of lobbyists, lots of people in Washington. And so this whole evangelical Christian group really holds us hostage as voters in this country.

You’ve even send flat out that right now you’re feeling embarrassed to be a Christian. Talk about that a little bit.

But, Christians are not created equal in that sense. You can be a very liberal, very progressive, very forward-looking feminist who is a Christian. So I always feel like I have to qualify, “Yes I’m a Christian, but I am a liberal Christian. I am not a conservative evangelical Trump-supporter.”

Christianity has been hijacked by people who want to get into office. You can’t get into office anymore, barely, if you’re an atheist, so it’s been hijacked. Remember Trump went to church, and he had the little wafer, and he listed to “One Corinthians” or something. Obviously, he had no idea what he was doing, but he had to do that. He had to have this, “I’ve been to church. I do the Christian thing.”

So that’s embarrassing to those of us who are faithful Christians, who think it’s a worthy and important thing to follow. That’s why you hate to talk about it.

I wonder if what you’re also suggesting is that there needs to be some outreach and PR on the part of other Christians to say, “No, this is this is the Jesus we follow. This is what our beliefs are, and how we believe people should be treated.”

It’s very dicey right now for Christians, particularly clergy, to stand up and speak against the president. Even the article I wrote, I had some trepidation about publishing an article where I came right out and said, “Christians should not be voting for Donald Trump,” because I have in my congregation people who did vote for Trump. They are wonderful, thoughtful, neat people. I don’t want to alienate them. Yet I hugely disagree with that.

So clergy are caught in this dilemma of not preaching politics in the pulpit. Yet, what are we going to preach right now if we don’t preach against Donald Trump?

This is not a perfect analogy, but you can make an analogy with the Third Reich. Every pastor who stayed silent during that time regretted it. Pastors stay silent all the time, and it’s because it’s so stressful to stand up against the church members that you love.

I don’t know what to do. It’s a horrible dilemma for the pastor right now because everything about Donald Trump screams, “This is wrong,” and yet your parishioners who you love support him. Very weird place to be.

Often when you talk with people about politics and religion, the standard go-to is, “Those things should be kept separate,” at least among people that I talk to. I would imagine that there are people in your congregation who say, “I do things on Sunday and I do things in the voting booth and I don’t I don’t want those to influence each other.” What do you respond?

That is definitely an argument that’s out there, and I’ve had some church members, really wonderful people say to me, “You can’t stand up there in the pulpit and talk like that.”

Now, I don’t use Trump’s name, and I don’t use Hillary’s name. I try to be bipartisan. But it’s not my fault that Jesus said, “feed the poor and welcome the stranger.” That’s not my fault. And just because that’s against what this government is doing not really preaching politics.

You have to preach with the prophetic voice and sometimes it sounds political. Very fine line to walk, but it takes courage to walk it, in a weird kind of courage. Not courage like Dietrich Bonhoeffer. Courage like, “Wow, the board meeting of my church is going to be really uncomfortable after I preach this sermon.” That’s not quite the same as being executed for your faith, but it’s not comfortable either.

How has that gone? Are you able to talk about that a little bit?

I have a really extraordinary church. My church is the First Congregational Church in Paxton. It’s in central Massachusetts and I have to say they are a dream Church, because there are people in that church who really don’t . . . they don’t say it . . . but they don’t seem to like that I am such a Liberal Democrat. But they’re very good to me. They’re like, “Okay. We all have an opinion and we all can come together.” They’re good to me in that sense. But it is awkward.

After the Parkland shooting, a church member called me and, I know she voted for Trump, and she is a previous Baptist, and she is one of the most wonderful, faithful Christians I’ve ever met. She called me and said, “We have to do something about this Parkland shooting.” So we brought together everybody who wanted to talk about it. And we said in the beginning, “There are Democrats in this room and there are Republicans in this room. We are just going to focus on one thing, and that is guns. We wrote a little mission statement, something like, “We are opposed to AR15s being in the hands of everybody.” And that’s what we stay focused on, so we didn’t go down the path of, “Trump did this” or “Hillary would have done this.”

I think we spoke prophetically, and then that group was really powerful and good. They did all sorts of writing of letters to Congress, and we went to a demonstration together so everybody, both sides of the aisle, came together.

That’s the church I have, but that’s unique. That’s very unique. A lot of churches . . .  I don’t think could have done that. You all have to be kind of on the same political side in order to come together, so I’m very lucky. I have an extraordinary group of people who come together for worship. In that sense I can speak out and people are just tolerant or encouraging or they just don’t say anything.

There are clergy who would be fired, or at least threatened with it for an article like what I wrote. There are people that really really don’t like it. It’s a very hard time. A very hard time to be a pastor. I think challenging.

I think it might be a perfect time to ask, as you look forward is there anything that does give you hope for the future?

Yes. I always have hope for the future. One thing—I have faith, and I do believe that God is with us. I think of the scripture’s “fear nots.” You know the words, “fear not” are in the Bible something like 130 times.

This country . . . we’ve never been that great. I mean we’ve always been misogynistic and xenophobic and racist. It’s just that it looks like we released the Kraken. We let loose the dogs. And now it’s okay to be so open about it. The progress we made seems to have not been made.

But do I have hope. Absolutely I have hope. I love this country, and I believe in our people. We’re not in a good place; we’re in a scary place.

But yes I do have hope, of course.