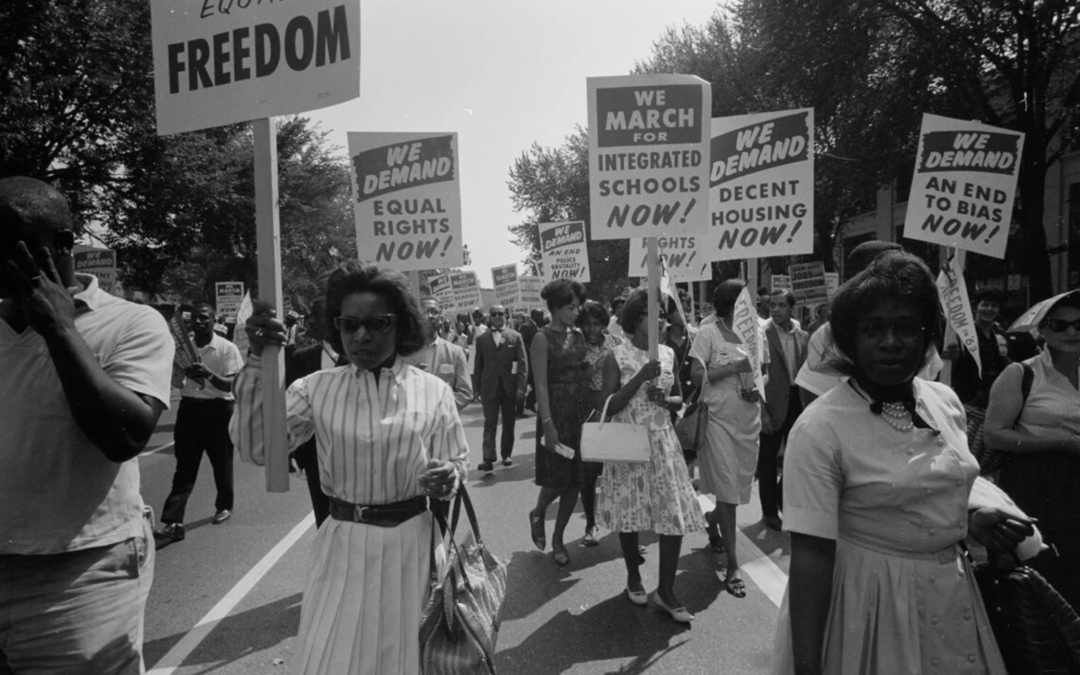 People demonstrate for racial justice on Aug. 28, 1963, in the historic March on Washington for Jobs and Freedom in Washington, D.C. Photo by Warren K. Leffler/LOC/Creative Commons

“Supporters of Vote Common Good, an organization led by liberal-leaning evangelicals, started a “pilgrimage for racial justice” on Thursday (Aug. 20) from Charlottesville, Virginia, with an aim to conclude their 115-mile trek at the march led by Sharpton.”