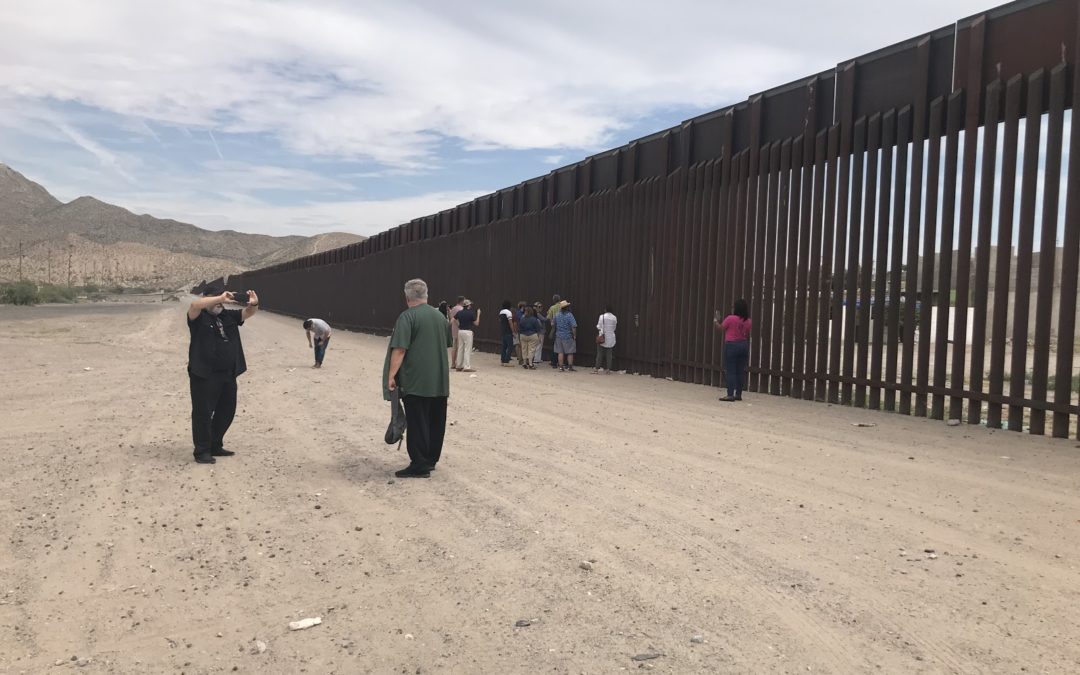 The following is a post by Robb Ryerse. He is the co-pastor of Vintage Fellowship in Fayetteville, AR and the Political Director of Vote Common Good. He also has an upcoming book about his 2018 congressional candidacy called “Running For Our Lives: A Story of Faith, Politics, and the Common Good.”

Recently, I joined a group of faith and political leaders from all over the country in El Paso in an event sponsored by Vote Common Good. We gathered to gain some firsthand knowledge of what is happening at our southern border. Rather than relying on media reports, we wanted to hear from activists on the ground about what they and the people they serve are experiencing.

It was a full couple of days. We were oriented and led by an activist who organizes on behalf of people migrating. She took us to a section of the border wall where we discussed its impact, both physical and psychological, on the communities it divides. She also introduced us to a couple who live and work in New Mexico without documentation. Far from the stereotypes we are often told, their personal stories of bravery, discrimination, and struggle moved us.

We also attended a special in-district committee hearing on immigration legislation led by Congresswoman Veronica Escobar. She and several of her congressional colleagues spent several hours questioning experts on immigration policy. After the hearing, our group got a tour of a facility that helps people who’ve been released from Immigration and Customs Enforcement (ICE) custody connect with their sponsors in the United States. We ended our trip with a vigil at the site of the tragic Walmart shooting where a gunman targeted people with brown skin.

In the days since, I’ve been processing what I learned in El Paso. Some of the things that have stuck with me are political and policy oriented, while some others are much more personal.

First, we need to shift how we talk about what is happening at the border. Activists repeatedly told us that we don’t have a “border security” problem; we have a “border governance” problem.

Changing our language in this regard deescalates tension. It moves us away from language that pits groups against each other. And, it recognizes the importance of bringing everyone to the table who is impacted by border policy. Imagine having political leaders who would use rhetoric that leads to compassionate solutions rather than bigoted divisions!

Second, border governance is a bipartisan problem. Republicans are not the only ones whose votes are problematic. The portion of the wall that we visited was erected during the Obama Administration. Certainly, Donald Trump has made the wall a symbol of his presidency, but this is a problem that predates him.

Furthermore, while Democrats in Congress like to talk about they have not funded Trump’s wall, many of them have voted to fund border maintenance which is used to replace chain-link fencing with 18-30 foot barriers. These barriers don’t just inhibit people’s ability to migrate, they have profound impact on the environment as well. It is imperative that concerned people keep the pressure on all of our elected officials, regardless of the letter behind their names.

Third, the Customs and Border Protection (CBP) and Immigration and Customs Enforcement (ICE) are gigantic concerns. I learned in El Paso that CBP operates outside of the normal and Constitutional protections of due process. They have authority to detain people without far greater authority than police forces do. 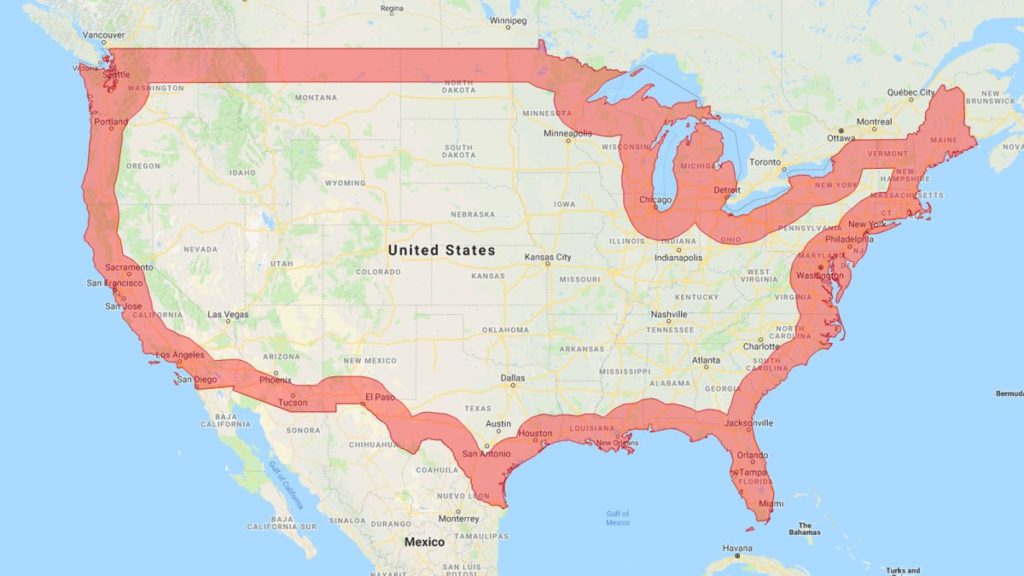 Further, CBP’s authority extends to 100 miles from the entire US border. This means that two thirds of the US population lives within CBP’s control. It is not a stretch to imagine a scenario where that authority could be utilized for nefarious purposes without a law being passed or an Executive Order being signed. Personally, I believe we need to abolish ICE and CBP and find a more effective, more compassionate, more constitutional way to do border governance.

In addition to these political and policy reflections, I’ve also been processing the personal implications of what I experienced in El Paso. As a pastor and a person of faith, this trip reinforced a tremendously important lesson that I need to be reminded of over and over again.

Namely, I can only love my neighbors if I take the time to listen to and learn from them.

So many of us white folks have the mentality that we know best what other people need. We’ve heard some news reports, read some articles, and shared some social media posts, so we assume that we have all of the information and answers we need. Like colonists of old, we rush into situations foreign to us with solutions no one is asking for. This tendency cuts across partisan and ideological lines.

What we fail to grasp when we do this is that the very people we are trying to help get marginalized in the process. Their motivations and experiences must shape any kind of solutions that get proposed to the problems we face. More than just a seat at the proverbial table, they must be given a microphone and the opportunity to write the agenda.

I’m encouraging friends and faith leaders to figure out a way to get to the border to hear firsthand from people who live there. That may not be feasible for everyone, but all of us have neighbors whose stories are vital for us to learn. Those conversations are a good place to start.