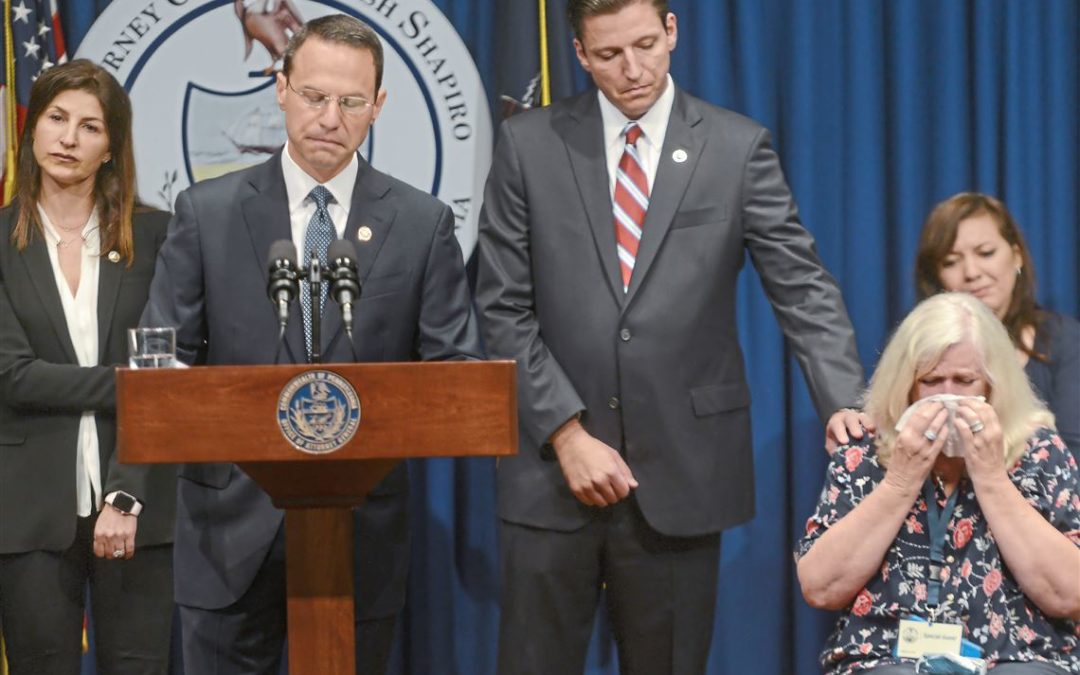 Some Catholics were critical of Pennsylvania Attorney General Josh Shapiro’s explosive investigation of the Catholic Church in 2018 and grand jury probe that revealed decades of sexual abuse of children by priests, but others lauded him for his efforts to clean up an institution and for ushering in badly-needed reforms. (Pittsburgh Post-Gazette)

Flanked by tearful victims and their families, Attorney General Josh Shapiro took to the podium in the state Capitol and delivered perhaps the most defining remarks of his career as Pennsylvania’s most powerful law enforcement official.

It was August 2018 and the state Supreme Court had just approved the release of an explosive grand jury report revealing decades of child sexual abuse by hundreds of Catholic priests, as well as efforts by church leaders to cover up their crimes.

He accused the church’s bishops of choosing to protect the institution over the young men and women to whom they were entrusted to lead in their spiritual growth.

He spoke of the euphemisms that some of the church leaders used — “horseplay,” “wrestling,” “inappropriate contact” — to paper over the sordid activities of the priests. …