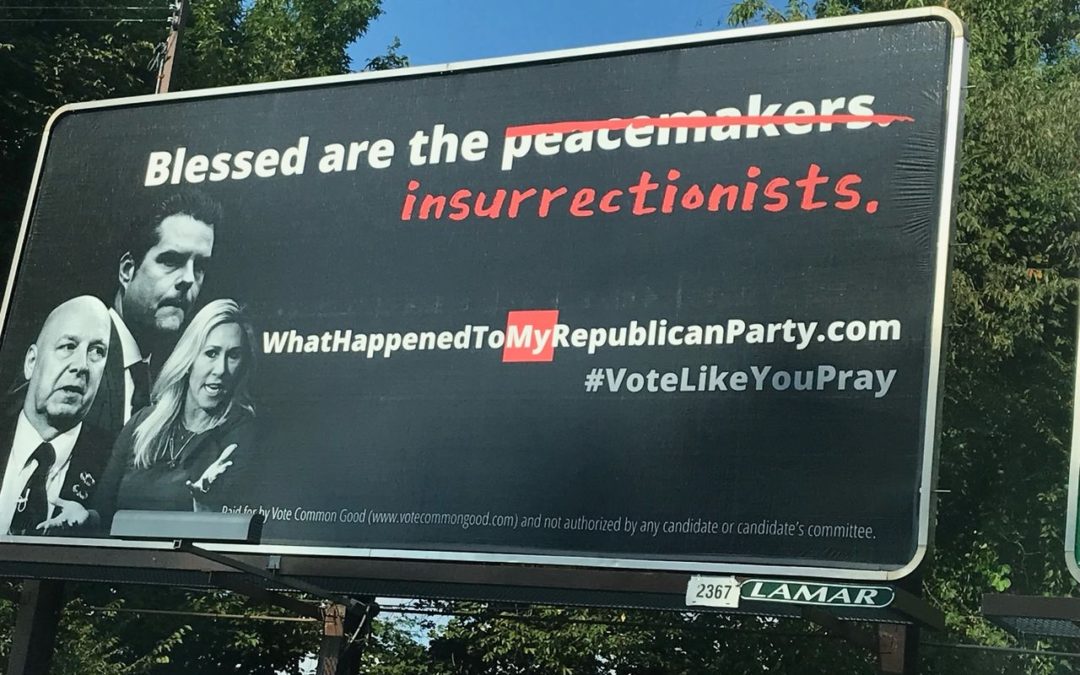 The progressive evangelical advocacy group Vote Common Good this week unveiled a billboard campaign in Pennsylvania urging faith voters to reconsider their vote in November. The group is calling on faith voters to ditch their support of GOP gubernatorial candidate Doug Mastriano.

A progressive evangelical group this week rolled out a billboard campaign in Pennsylvania urging conservative faith voters to reconsider their vote in November.

“We are very much urging voters to not vote for Mastriano,” said executive director Doug Pagitt. “Voters think they need to default and vote for Mastriano but we are asking them to take a hard look at what the implications are for voting for him and to really run that up against their own sense of what they think a politician should do or how they should act, and how they should use the power given to them.” …