Novena – USA: This election, the choice is simple – hope or hatred 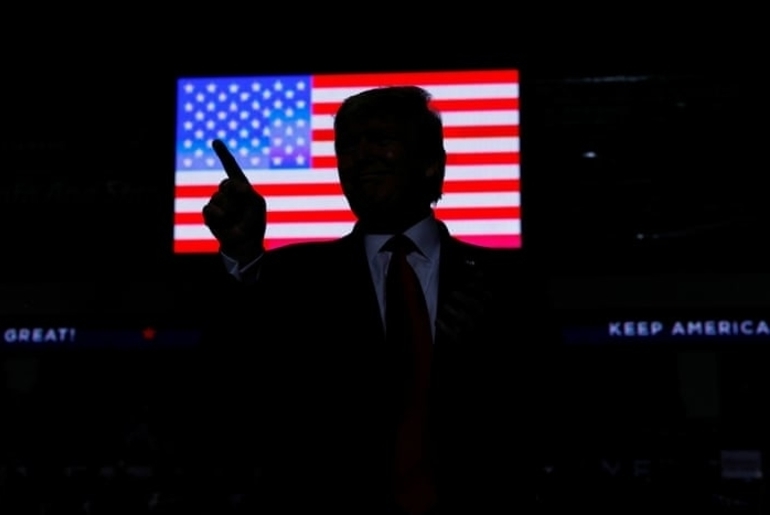 The following is an opinion written in Novena by Patrick Carolan, Catholic outreach director of Vote Common Good:

We are in the last days of a long arduous process to determine what direction the USA will be traveling the next four years.

As I have written in the past, this election is about determining who we are, both as a nation and as a people of faith. This is especially true for Catholics.

Our church is divided between those priests and bishops who believe that abortion is the only issue and the sole reason on how we as Catholics should vote, and bishops and priests who believe that abortion is one issue among many and as Bishop McElroy has said, “Because our nation is in a moment of political division and degradation in its public life, character represents a particularly compelling criterion for faithful voting in 2020.”

Character is somewhat elusive to define. A candidate who changes his position based on new information can be described by some as strong, open and confident and as a ‘flip-flopper’ by others.

If we look to scripture as a guide, Jeremiah 22:3 tells us: “Do what is just and right. Rescue from the hand of the oppressor, the one who has been robbed. Do no wrong or violence to the foreigner, the fatherless or the widow, and do not shed innocent blood in this place.”

I recently received a note from my cousin Christine Carolan who, like me, is a Catholic activist.

Christine lives in Australia and is the director of the Australian Catholic Religious Against Trafficking in Humans. She sent me an email reminding me that we are not only electing the leader of our nation but we are also electing a global leader.

Christine told me that the world is watching to see if America is still a nation of hope. Flawed as we have been throughout history, we were a nation that others could look to.

My parents came to America in 1950 from Ireland. When they arrived at Ellis Island they had nothing; no education, no money and no real job skills. My mother used to say she got off the boat with one baby in her arms, another in her belly and not a pot to pee in.

What they did have was a dream and hope. A hope that their children would have a better life. This was the same dream that refugees from all over the world used to have when they came to America.

Shortly before she died, my mom drew the parallel that the mothers risking everything coming from El Salvador and Guatemala are no different than she was so many years ago.

It is the ideal and expectation of ‘hope’ that is at stake in this election.

This is the question we all have to ask ourselves, especially those who claim to follow the teachings of Jesus. In Laudato Si’, Pope Francis said it only takes a few people with hope to change the world. Are you one of those people?

I have written in the past, as people of faith, especially Catholic/Christians, we should never be a single issue voter.

St. Bonaventure tells us that how we choose and what we choose makes a difference – first in what we become by our choices and second in what the world becomes by our choices.

As my cousin Christine reminds us, our choice for president affects the world.

This is especially true when we think about climate and protecting our environment. Climate destruction knows no borders; it doesn’t discriminate based on race, sexuality or nationality.

We are running out of time to tackle the climate crisis. The clock is ticking as more and more communities face catastrophic wildfires, droughts, and storms.

We urgently need bold, unprecedented action to tackle the twin crises of climate change and inequality. Yet candidates run campaigns based on simple slogans like “Defund Planned Parenthood.” We hear these slogans without really understanding what they mean and what the consequences are.

One example I’ve seen comes from advertisements attacking Biden and the Democrats on the issue of the Green New Deal (GND). In listening to the campaign rhetoric, one would think the GND was a satanic communist manifesto that will force us all to live in caves.

People believe this rhetoric without bothering to learn what is actually in the GND.

It would revitalize our infrastructure, retro-fit our buildings, revive clean manufacturing, and restore our ecosystems – delivering clean air and water, good jobs, and climate stability to those who’ve borne the brunt of the fossil fuel economy.

In 2016 Trump promised coal workers that he was going to bring back all those coal jobs. He was going to stop closing coal fired power plants. In reality, the opposite has happened.

There are more than 1,000 fewer coal mining jobs today than when Trump took office in 2016.

More than 50 coal fired power plants have closed with another 51 scheduled to close over the next few years. These plants are not closing due to excessive regulations as the Trump administration would have you believe. They are closing because it is just not economically feasible to keep them open.

It makes no difference whether Biden or Trump gets elected president, the power plants are closing and the mining jobs are not coming back. The question we should be asking is, who has the best plan to help the communities and the workers affected?

The GND has a guaranteed living-wage job for anybody who needs one, and a just transition for both workers and frontline communities.

The GND may not have all the answers and for many, may seem a little radical. But it is the type of visionary thinking that reflects the passion and care for all of God’s creation that guided the life of St. Francis of Assisi.

Francis of Assisi was bold and prophetic in his vision. He understood the interconnectedness of all creation. The Green New Deal reflects this same visionary thinking combined with an understanding of the relational nature of creation.

In his Encyclical Laudato Si’, Pope Francis also reflected this vision. He wrote: “New processes taking shape cannot always fit into frameworks imported from outside; they need to be based in the local culture itself. As life and the world are dynamic realities, so our care for the world must also be flexible and dynamic” (144).

Pope Francis also said: “All of this shows the urgent need for us to move forward in a bold cultural revolution… We do need to slow down and look at reality in a different way, to appropriate the positive and sustainable progress which has been made, but also to recover the values and the great goals swept away by our unrestrained delusions of grandeur” (114).

It is this type of bold visionary thinking that our nation so desperately needs today.

Pope Francis recently said that destruction of the climate is our greatest sin.

St. Francis of Assisi looked at life and all creation through the lens of relationship and connectivity. He lived, preached and modeled this relational connection from which blossomed a perspective of deep empathy. He looked for ways to awaken within all people his way of seeing all life as integrally connected, especially concerning the care of those who were poor and marginalized and for Sister Mother Earth.

Shouldn’t we vote for the candidate who understands the crisis we are in and is open to listening to visionary prophetic ideas whether he fully agrees with them or not?