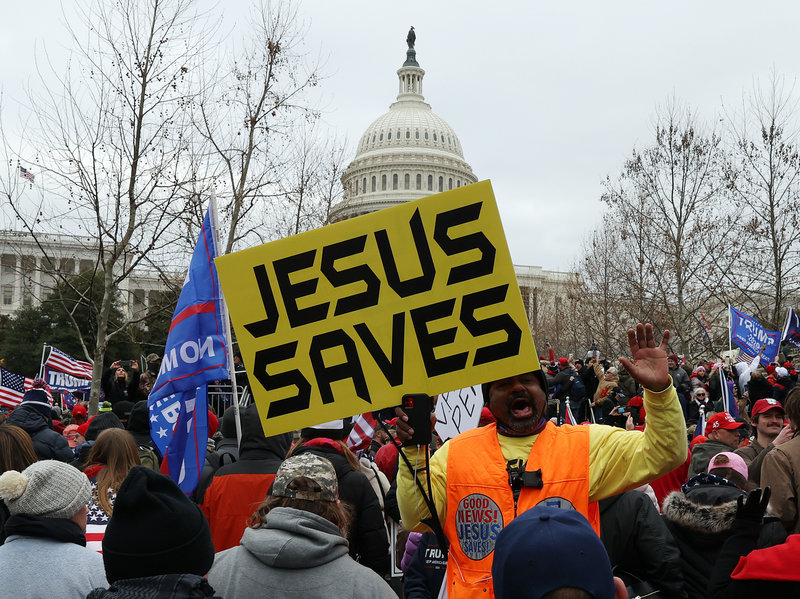 Pro-Trump protesters gather outside the U.S. Capitol on January 6. ahead of a riot during which many of the former president’s supporters violently attacked the legislative building. Surveys prior to the insurrection showed that the vast majority of white evangelical Christians continued to back Trump, because he championed key conservative causes.TASOS KATOPODIS/GETTY

“Although many evangelical Christians appear to remain largely supportive of the former president, some progressive evangelical leaders are attempting to push back against the radicalization. Pastor Doug Pagitt, the leader of the evangelical progressive group Vote Common Good, organized the open letter signed by over 400 Christian leaders (as of the time of writing) condemning the rise in Christian nationalism. Pagitt told Newsweek on Wednesday that “just watching the insurrection and how much it was fueled by the religious Christian movement, and the Christian nationalist movement” led him and his organization to launch the open-letter initiative.”