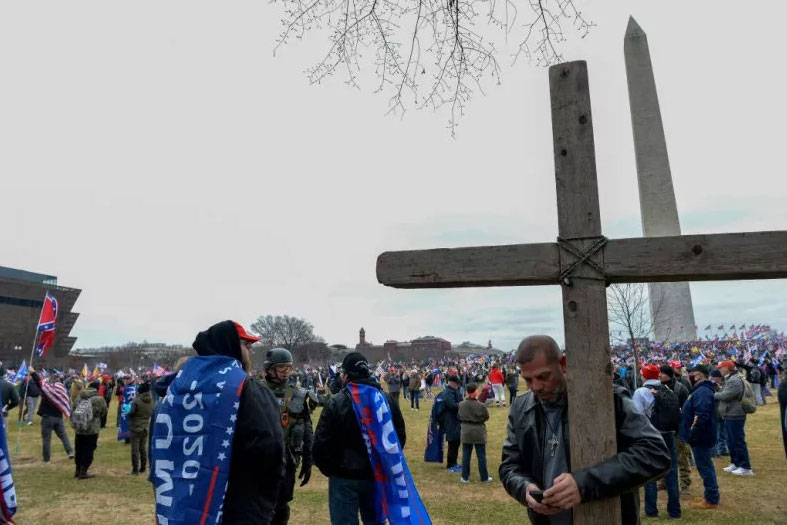 A man holds a large wooden cross near the Washington Monument during a rally in support of President Donald Trump in Washington, D.C. on January 6. JOSEPH PREZIOSO/AFP VIA GETTY IMAGES

“Pastor Doug Pagitt, the executive director of Vote Common Good, and Amanda Tyler, who leads Christians Against Christian Nationalism, told Newsweek that the political movement has been alive within the U.S. for decades, but that Trump embraced and emboldened Christian nationalists. They said this led to a surge in the movement’s visibility and prominence over the past several years.”