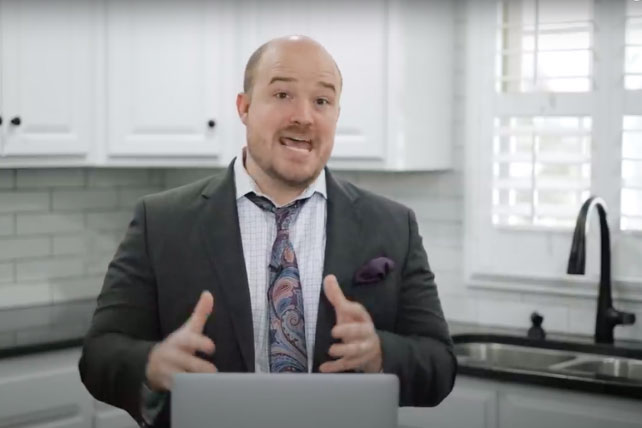 Jeremiah Johnson said he will end his ministry, Jeremiah Johnson Ministries, after apologizing for inaccurately prophesying former President Donald Trump’s re-election. In this screenshot, Johnson speaks in a YouTube video from a series titled: “I Was Wrong.” YOUTUBE/JEREMIAH JOHNSON MINISTRIES

“A group of evangelical Christian leaders led by Pastor Doug Pagitt, the leader of the evangelical progressive group Vote Common Good, released an open letter last month condemning the ‘heresy of Christian nationalism,’ which they pointed to as a key ideology leading to the January 6 attack on the Capitol. The letter urged ‘all pastors, ministers, and priests to boldly make it clear that a commitment to Jesus Christ is incompatible with calls to violence, support of white Christian nationalism, conspiracy theories, and all religious and racial prejudice.’”