My Take: We need to re-examine, reimagine our political rhetoric 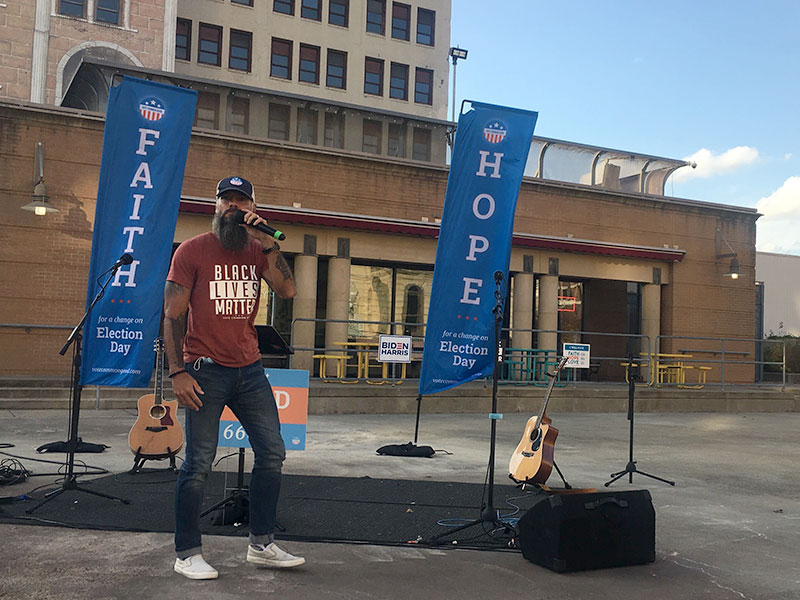 The following is an opinion written in the Holland Sentinel by Nick Brock, community organizer for Vote Common Good:

Perhaps you’ve paid attention to the impeachment trial of former President Donald J. Trump? Whether you agree or disagree with the acquittal verdict of the former president for “inciting violence against the government of the United States,” one thing has stuck out the most for me: the need to re-examine and reimagine our political rhetoric.

Over the ensuing months, years and decades, I propose that we will need to stymie rhetoric that seeks to divide and conquer by propagating narratives of us versus them. This dualistic way of politicking creates a false dichotomy and leads to combative postures. To this end we should leave out the word fight.

Any impartial and reasonable viewer who has seen the “fight” video montage presented by Trump’s defense counsel should be able to conclude that the footage of Democrat politicians saying the word fight was lifted out of context and made to appear as though they, too, incited mob violence to the same degree that Trump was accused of. The defense centered around whataboutism, a form of political rhetoric that diverts attention away from the root argument and into illogical meanderings. These were some of the phrases presented: We can fight back! This is a fight for our lives! We’re gonna fight like hell!

This spliced-together fight rant went on for 11 minutes.

Let’s take a step back, though.

Nearly 2,000 years ago an itinerant preacher from Tarsus challenged the attitudes of a community that he pastored concerning infighting, division and posturing by positing rhetoric of another kind. He offered a counter-narrative and penned what he called “the most excellent way” saying,

“Love is patient, love is kind. It does not envy, it does not boast, it is not proud. It does not dishonor others, it is not self-seeking, it is not easily angered, it keeps no record of wrongs. Love does not delight in evil but rejoices with the truth. It always protects, always trusts, always hopes, always perseveres. Love never fails.”

This ancient theologian then bookends this manifesto by asserting its significance:

“Faith, hope and love. But the greatest of these is love.”

In 21st century America we may be tempted to write these words off as impractical for our divisive cultural moments. Yet, the enlightening and, perhaps, maddening nature of this manifesto lifts from the pages of history because it has inspired countless actions for the common good. Ever zealous this evangelist prefaced his words by saying,

Do we trust a spirited ethos that announces “love wins”?

Let me show you …