My Dysfunctional Family Reunion: How Asking “Values Voters” to Sign a Pledge on Biblical Love Went Anything But Lovingly 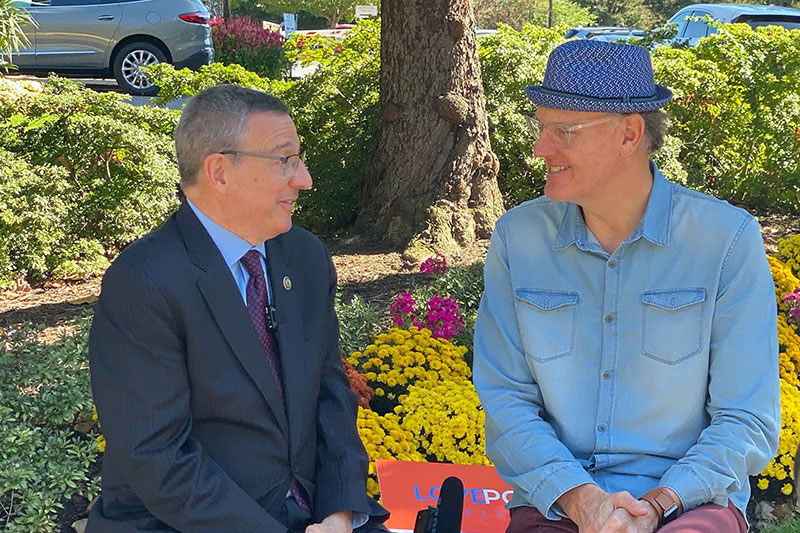 The following is a post by Rev. Rob Schenck:

Returning home after a big change in one‘s life and thinking is always challenging, if not difficult. I can remember going back to my parents’ house—where I had grown up—after being married with children. My mother and father (but especially Mom), still wanted to treat me like the kid—even though I now had my own. That’s awkward.

Awkward was the operative word when I made a different kind of family homecoming. This time, I was returning to a place where I had been more or less “raised politically”—and ultra-conservative, 100 per cent Republican, fundamentalist-leaning national confab held annually in Washington, DC.

Called the “Values Voter Summit,” this gathering of thousands is put on each year by the Family Research Council, a policy advocacy group founded by old-timey Christian-right luminary James Dobson. Later wrenched from Dobson’s hands by one-time right-wing presidential candidate, Gary Bauer, “FRC,” as it is nicknamed, eventually evicted him and chose instead the Liberty University alumnus, secret Southern Baptist minister, ex-cop, and former Louisiana state representative Tony Perkins to take its helm.

The Summit attracts hard-core and highly politicized traditionalist Christians who are die-hard loyalists to the Republican Party. Initially resistant to Donald Trump’s candidacy (Perkins supported Ted Cruz right up to the 2016 Cleveland Republican convention), FRC is now whole-hog in Trump’s tribe and has pledged its fealty to him. In exchange, Perkins was granted unlimited access to the White House and was recently appointed by the President to a coveted post on the United States Commission on International Religious Freedom.

In years past I wouldn’t miss attending “The Summit.” At times, I would be asked to give an invocation from a stage, sit as a panelist for a discussion on abortion, denounce gay rights at a shared news conference. On more than one occasion I was tasked with introducing a candidate for something, always reading a script written by someone else and using an inordinate amount of superlatives in the encomium.

Something had happened, though, between my last appearance at The Summit and the one I just attended with Vote Common Good. I had been through a deep, personal, and revolutionary conversion, one that I wrote about in a memoir entitled, “Costly Grace: An Evangelical Minister’s Rediscovery of Faith, Hope and Love.” It was actually my third conversion, after my initial born-again experience as a teen-ager, when I went from a non-observant Jew to a follower of the Jesus of the Sermon on the Mount. A decade later, I would experience a second conversion, from being a simple disciple of Christ, to a fierce advocate of “Ronald Reagan Republican Religion,” which I would remain for the next thirty years. But while doing my doctoral work late in life, during which I researched the political corruption of the German evangelical church that led to its embrace of Nazism and Adolf Hitler, I saw a frightening parallel in the American evangelical church that had uncritically embraced right-wing politics. That’s when I began my exit from what I now saw as a dangerous heresy.

And so it was that I returned to the FRC event with a decidedly different point of view. In recent years I’ve come to see the politically-informed religiously-motivated policy positions of the Family Research Council, its allies and supporters as, at best, misguided, and at worst, spiritually and morally corrupt. Its more recent and virtual full embrace of Donald Trump and his transactional, utilitarian, cynical populist modus operandi has ethically compromised the FRC further, if that were even possible. Decrying Roe v. Wade and advancing its legal demise, while applauding and enabling the separation of children from their parents at the border, cutting benefits for single mothers, poor students, and the homeless is just one of too many examples of the hypocritical contradictions espoused by FRC and its sympathizers.

Notwithstanding the conflict I now have with my former colleagues and co-belligerents, plying the halls of the cavernous Omni Shoreham hotel, where I had previously participated with them enthusiastically, brought back warm feelings of tribal membership, collegial conversation, and mutual support. I still like—even love—many of the people on that side of the vast social, political, and even religious divide we now suffer in our country. They are, after all, still my fellow human beings, American citizens, and, yes, brothers and sisters in Christ. Some are well-intentioned, honestly feeling they are benefiting the nation—and even the gospel itself. But I see things quite differently now. Historically, whenever religion is placed at the service of a political movement, or, worse, becomes a tool of powerful, self-aggrandizing and avaricious political personalities, the people of God fail to live up to our true and God-given nature as a prophetic medium for challenging the state with the moral demands of a holy God who warns, “Woe to those who make unjust laws, to those who issue oppressive decrees, to deprive the poor of their rights and withhold justice from the oppressed of my people, making widows their prey and robbing the fatherless. What will you do on the day of reckoning, when disaster comes from afar? To whom will you run for help? Where will you leave your riches?” (Isaiah 10:1-3)

Standing in the lobby of the Omni Shoreham Hotel, the venue of The Summit, with Doug Paggit and others members of our VCG team, I felt a flood of emotion. I care deeply about my old gang attending the FRC confab. I don’t want them to suffer the consequences of the deception they have bought into. I want them to return to the freedom of conscience that comes with knowing the author of Truth, Jesus, who said only of Himself and not of any earthly pretender to lordship, “If you abide in my word, you are truly my disciples, and you will know the truth, and the truth will set you free.” (John 8:31-32)

I would argue to my fellows at the FRC event, that the best place to start discovering the truth of Jesus is to go to His most important teaching, that incomparable Sermon on the Mount, in which He not only distilled down the essential message of the gospel, but clearly set forth the virtues that are always to guide our principles and practices. Anything else is inimical to the gospel itself and an affront to the Lord whom we are to represent as ambassadors.

Whenever we restrict the gospel by excluding some while we allow for ourselves, we negate its very nature and therefore injure our own souls as we injure the souls of others. Jesus was especially harsh with those who did exactly this. After a long litany of woes to those who violated righteousness and justice in the name of God and religion, Jesus summarized His condemnation with this, “For you have taken away the key of knowledge. You did not enter yourselves, and you hindered those who were entering.” (Luke 11:52b)

My purpose in standing with Doug and the VCG crew at the Values Voter Summit was basic. We were there to ask my former comrades if they would sign onto a pledge to only support candidates who comported themselves and their political message with the criteria of love as outlined by the Apostle Paul in 1 Corinthians 13. Read the pledge here.

But alas, we only got to ask one person, former Minnesota congresswoman and Tea Party figure Michelle Bachman, if she would sign (she did not) before we were ordered by FRC private security to leave and had our paid-for convention credentials revoked and confiscated. I guess if I could give my old friends credit for something, it would be for living out at least something Jesus said, “You have taken away the key of knowledge. You did not enter yourselves, and you hindered those who were entering.” 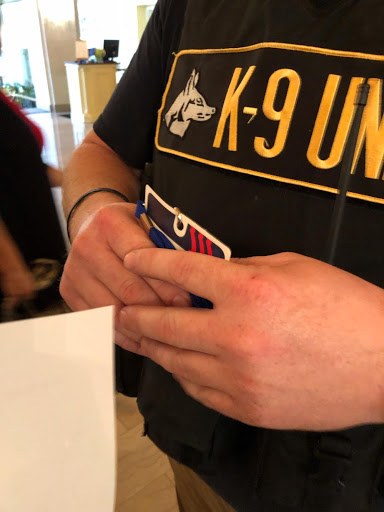