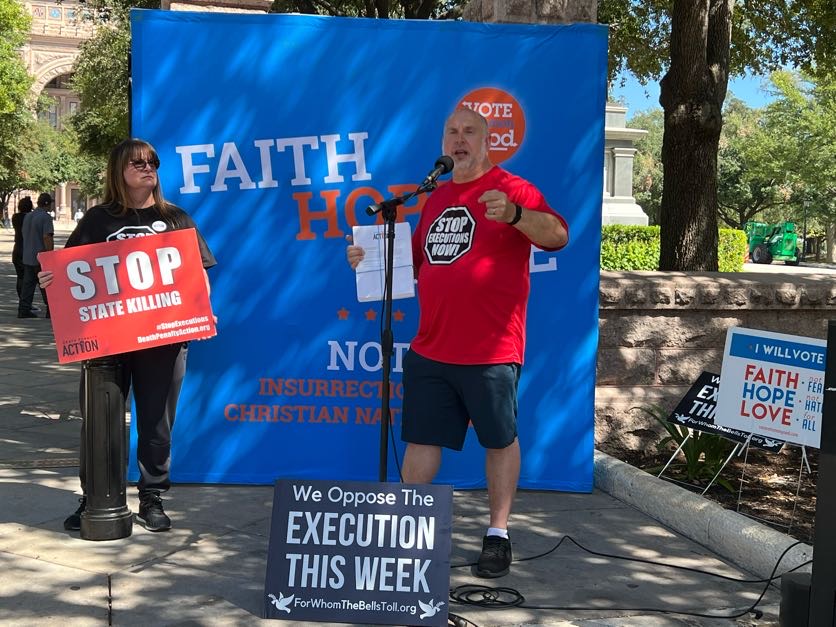 On Tuesday, local faith leaders and activists against the death penalty rallied at the Texas State Capitol to protest the pending execution of John Henry Ramirez.

“We think the state should not be killing its own citizens or anyone,” said Doug Pagitt, the Executive Director of Vote Common Good. “We don’t think anyone is helped by killing people who kill people.” …