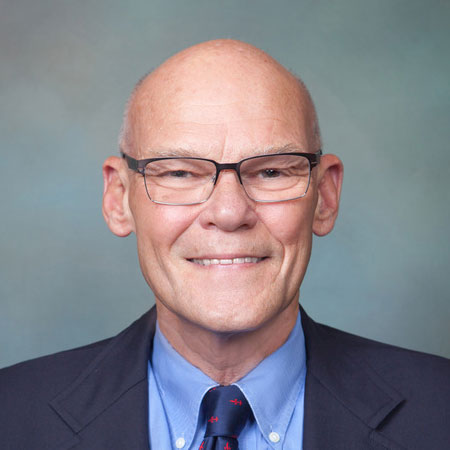 James Carville is an American political commentator, media personality, and lawyer who is a prominent figure in the Democratic Party. Nicknamed the Ragin’ Cajun, Carville gained national attention for his work as the lead strategist of the successful presidential campaign of then-Arkansas governor Bill Clinton. Carville also worked as a co-host of CNN’s Crossfire. After Crossfire, he appeared on CNN’s news program The Situation Room. As of 2009, he hosts a weekly program on XM Radio titled 60/20 Sports with Luke Russert, son of Tim Russert who hosted NBC’s Meet The Press.