Holland Sentinel – My Take: How will you make America great again? 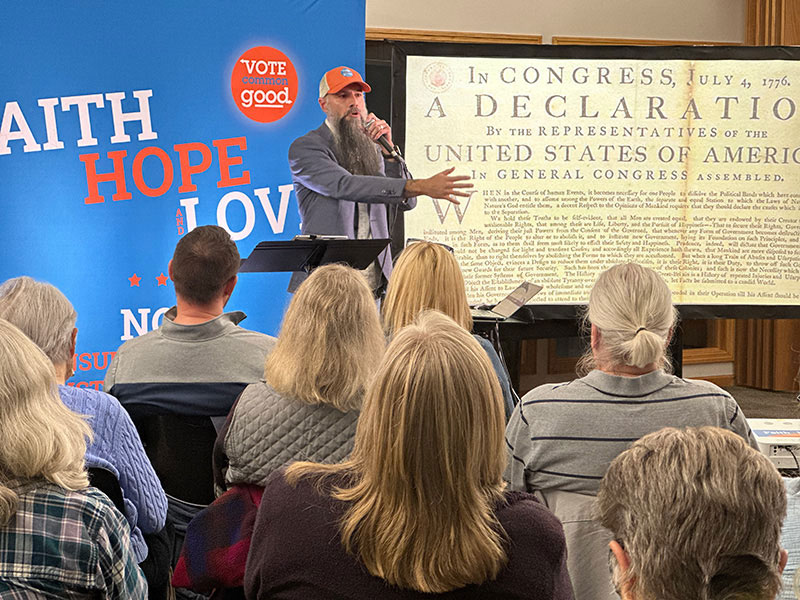 The original Declaration of Independence rests within a frame made of pure titanium that’s coated with gold.

The glass enclosing it is tempered, laminated and calibrated to a thickness of three-eighths of an inch to block out harmful UV light. And 70 bolts around the frame apply 300 pounds of pressure per linear inch sealing it in.

Inside the frame, parchment made from 1776, sits atop a perforated aluminum platform so that moisture reaches the back to keep it supple. All the while inert argon kept at approximately 40 percent humidity and 60 degrees Fahrenheit staves off the oxidation process.

And most grandiose of all the case housing the Declaration, along with the Constitution and the Bill of Rights, are lowered beneath the ground every night into a custom-built vault made to withstand a nuclear blast.

But despite these advances for preservation and security of parchment and ink the ability to detect problems is growing faster than the ability to solve them. And, most important, figuring out what to do if a problem arises.

And so it is with us.

Though our concern reside not with the preservation and security of fading parchment and ink, but with preserving and securing within the hearts and minds of the people a readiness to: reexamine, reimagine and reinterpret our nation’s founding principles when the guarantee of “life, liberty and the pursuit of happiness” becomes crooked, narrow, and hell-bent on making America great again in the name of me the people instead of we the people. …