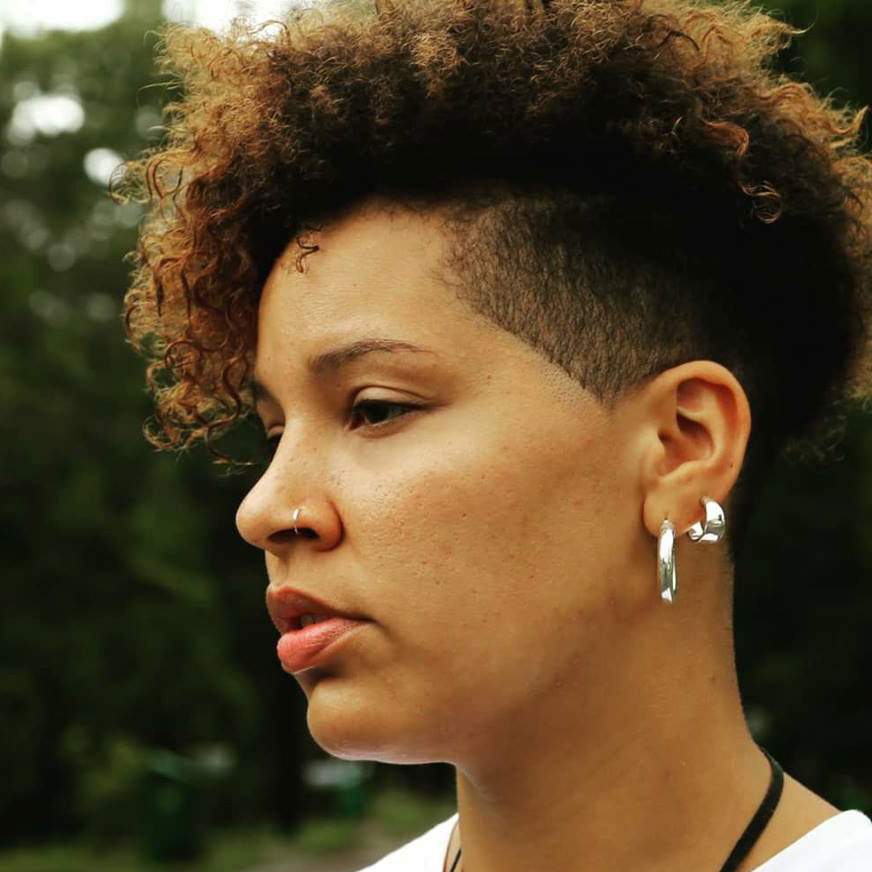 In 2016, artist/activist Genesis Be, captivated America with a bold theatric protest against the Mississippi State Flag that went viral. Covered by publications such as VICE, Billboard and NY DailyNews, her work focuses on bringing human dignity to the forefront of a divided America. After teaming up with The Moral Courage Project, Be has been the subject of documentaries featuring her work in Mississippi, bringing together Millenials on the opposite side of the State flag issue. She advocates for civil discourse between opposing forces to help humanize issues in order to heal our divided Nation. Genesis Be is representing The Middle Project with support from Focus For Health.