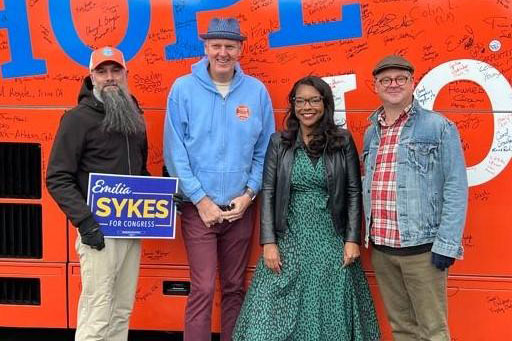 Vote Common Good (VCG) has been trying to educate Christians about the dangers of Christian Nationalism since 2018, and while it is a nonprofit, VCG is focused on opposing Trump’s mastery over many Evangelicals.

“We are in a fight to protect our democracy from election-denying, insurrection-supporting, law and order-attacking, democracy-downgrading candidates and movements,” VCG Executive Director Doug Pagitt said. “Voters of faith can and must choose the common good, not political party, when heading to the polls this November.” …