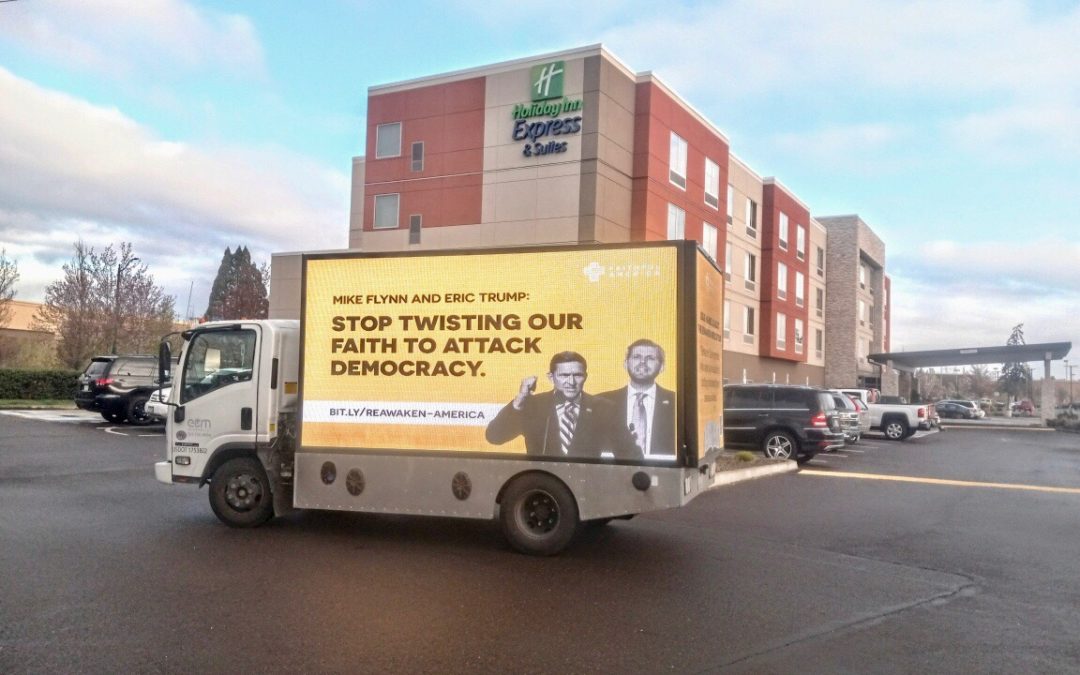 As the ReAwaken America Tour reaches Salem, Oregon, on April 2, 2022, Faithful America’s mobile billboard is there to protest.

The group Faithful America held a press call on Thursday that served as a platform for Christian leaders to speak out against the ongoing ReAwaken America megachurch tour. The tour, hosted by Clay Clark, General Michael Flynn, Eric Trump, and other notable far-right figures was denounced as an attempt to spread Christian Nationalism through conspiracy theories about the January 6, 2021, insurrection.