TIME – I Questioned the Sincerity of Donald Trump’s Pro-Life Stance. The Response From My Fellow Evangelicals Was Troubling 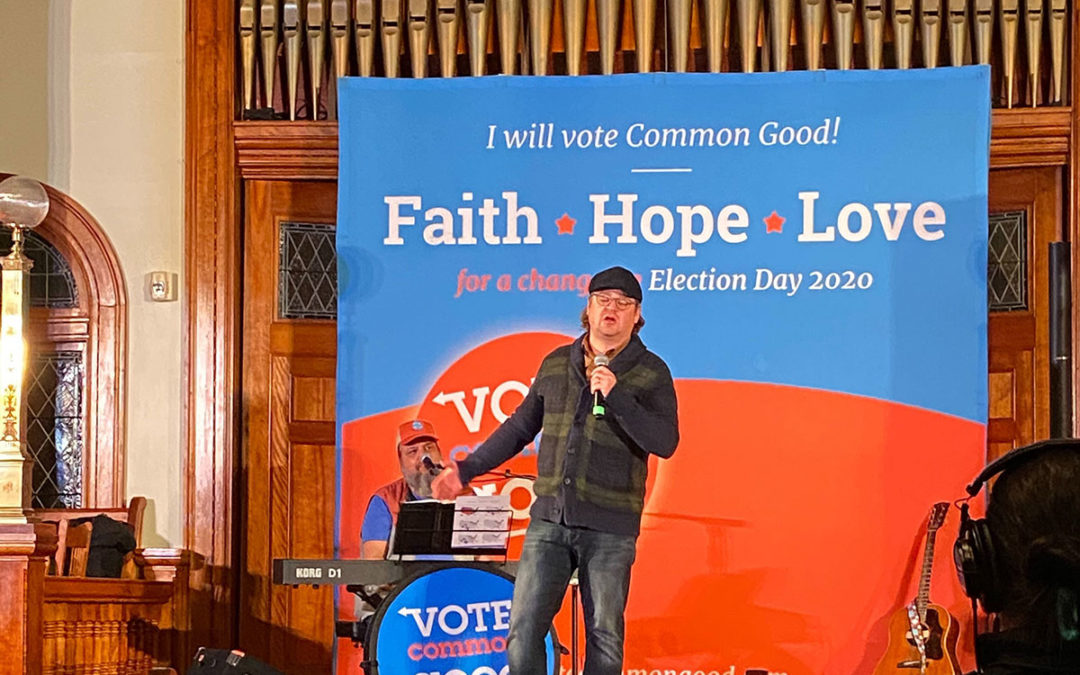 The following is an op-ed in TIME by Robb Ryerse, political director of Vote Common Good:

When I published an op-ed declaring that, as a Republican and an evangelical pastor, I cannot vote for Donald Trump in 2020, I knew it would not be well-received by his supporters. What I did not expect was the fierceness of the response.

In less than two weeks, I have gotten hundreds of messages from evangelical Christians from across the country. Much of the opposition has come from pro-life voters who support the President because of their perception of him as a champion for the pro-life cause. My op-ed critiqued the President’s participation in the March for Life and the sincerity of his anti-abortion stance. I personally believe that the President is cynically using pro-life voters for his own electoral purposes and doesn’t actually care about protecting innocent life at all.

The Trump supporters who have contacted me think I don’t care either and have denounced me as baby killer. I simply suggested that the Democratic nominee for President is a better alternative than Donald Trump, even if he claims to be pro-life.

The irony of this is that I am pro-life. When I was in high school, I attended the March for Life in Washington, D.C. My pro-life convictions were a primary motivation for me becoming an adoptive parent.

My desire is for there to be as few abortions as possible in our country. However, I’ve come to believe that the best means of reducing abortion rates is not through restrictions and criminalization. I’m also not convinced that reversing Roe v. Wade would reduce abortion rates. Abortion rates are now lower than they were before the Supreme Court’s decision to make abortion legal nationally.

The best means of reducing abortion is expanding health coverage so that every woman can consult with her doctor about her medical needs. We also need effective, comprehensive sexual education and greater access to other methods of birth control.

More troubling than my critics’ misunderstanding of my position on the abortion issue is the vitriol they have directed at me personally. Their voicemails, emails and direct messages have been full of name-calling and insults like I have never before experienced.

Like millions of other Americans, I grew up in the evangelical Christian subculture. We were taught that if we took a stand for what we believe, we would face opposition. Our pastors and leaders told us that nonbelievers in the world would mistreat us, insult us and even persecute us. Never would I have thought that what they warned us about wouldn’t actually be coming from the outside but from within.

Here is just a sampling of the messages I’ve received:

Daniel wrote, “Get struck down by God, you pile of sh*t.”

A man from Fort Lauderdale, Fla., did not leave his name but left a voicemail in which, after extolling the virtues of President Trump, he told me, “Enjoy hell, b*tch.”

Sarah Jane repeatedly called me a “dumb f***.” She said I am a “demon rat,” a “worker of iniquity” and an “instrument of Satan” who wants to “destroy America.”

Many of those who lambasted me emailed my church calling for me to be fired. The phrase “wolf in sheep’s clothing” has been used dozens of times. My church’s rating on Facebook fell from five stars to three and half because of all the negative reviews written by Trump supporters who have never visited one of our worship gatherings.

I ran for Congress as a Republican in Arkansas in 2018. I stand up in front of crowds at events for the progressive evangelical group Vote Common Good and urge religion-motivated voters not to support Donald Trump. I sent an op-ed to a national publication. I’ve invited criticism and disagreement. I am not a victim.

That people disagree with me is not my concern. My concern is for an evangelical church in America that has normalized hatred in defense of President Trump.

The question I am left with is a paraphrase of Jesus, “What good is it if we gain the whole Supreme Court but lose our souls?”