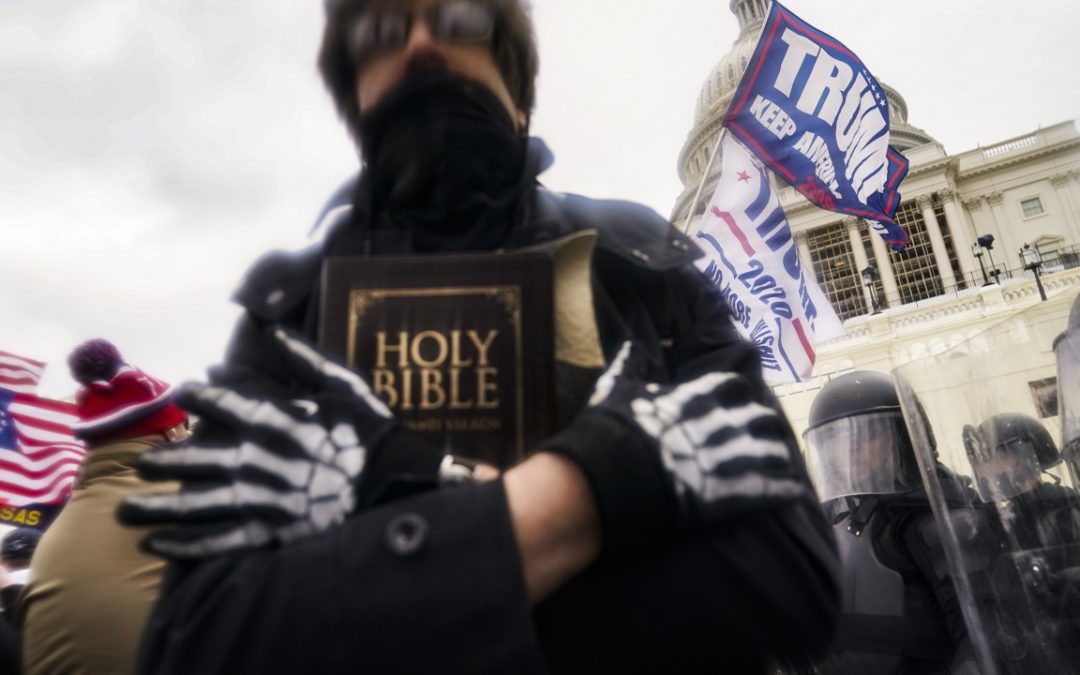 A Trump supporter carries a Bible outside the Capitol on Jan. 6, 2021, in Washington. (AP Photo/John Minchillo)

“More than 500 evangelical pastors and other faith leaders have signed an open letter decrying ‘radicalized Christian nationalism,’ arguing that the religious expressions by insurrectionists during the Jan. 6 attack on the U.S. Capitol are ‘heretical’ and a ‘perversion of the Christian faith.’”

—From “More than 500 evangelicals, other faith leaders condemn religion at insurrection as ‘heretical’” in Religion News Service